Photo of the Month - September

As with August, we spent most of September in Switzerland, with brief outings to Germany.  So most of the selections for this month again come from the continent.  One of our first visits was to the Park im Gruene in Ruschlikon.  This is a favourite place for Alessio.  This time there were some workmen repairing the thatch on an old, traditional style building which serves as a museum.  I have never seen this kind of work before, so it was very interesting to watch them at work.  Here is one of the workmen on a temporary ledge. 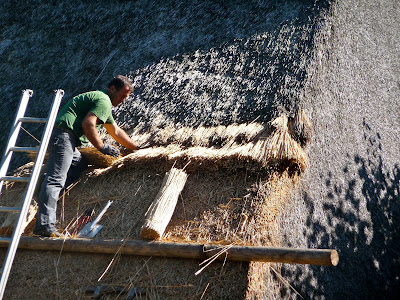 This was also Alessio’s birthday and we had a party for him that evening, with the usual trimmings, cake and so on.  But I think Alessio was happiest kicking a football around.  As you can see from the next photo he has excellent timing and co-ordination. 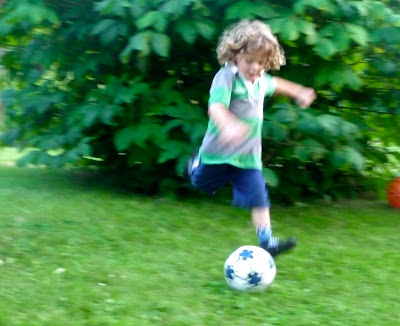 The following photo of a heron was taken on one of our walks around the Zürichsee.  This was on the stretch close to the lake just outside Horgen. 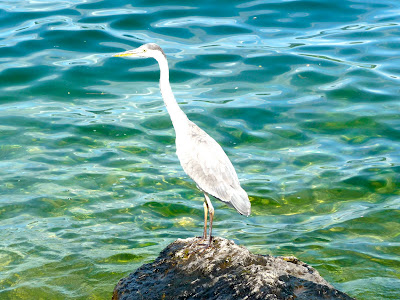 In Switzerland it is traditional to put up displays of autumn fruits, especially gourds.  Usually they are placed somewhere outside the front door for public viewing.  This time Kathleen decided to use some gourds to make a table display for inside the house.  Emma has subsequently added to this creation. 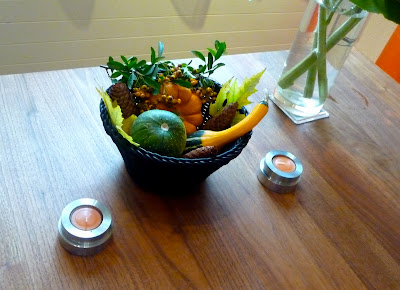 The next photo was a bit of an experiment.  I don't know if it has anything to do with the season of the year, but near Alessio's Spielgruppe I noticed quite a lot of spiders' webs on hedges and bushes.  So I took a few photos of them and this one I particularly like as you can see both the web and the poor creature caught inside. 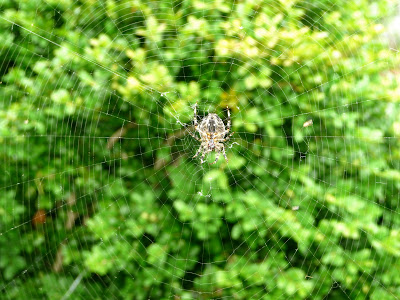 The above photos were all taken in or around Kilchberg.  The others are from further afield.  I start with this snap of the Berner Oberland taken from the summit of Mt Pilatus.  It was quite cloudy high up and the peaks kept disappearing and re-appearing, so I was pleased to get this one. 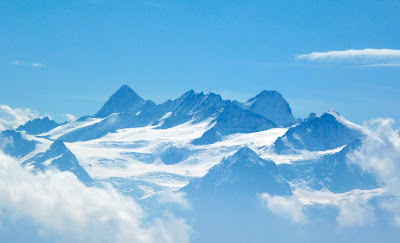 Next up is this photo from a stall at the market at Bürkiplatz in Zürich.  This was a flower, vegetable and food market, with so many stalls to tempt the senses.  This one sold dried flowers, in particular lavender.  I am into lavender at the moment, so I just love this photo. 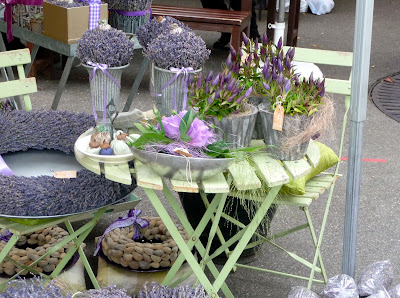 Also from Zürich is this adorable polar bear.  He can be found in the window of a fashion shop on the Rennweg in the old town.  The shop makes a feature of bears for their window display.  Each time we pass by there are some cuddly bears on display. 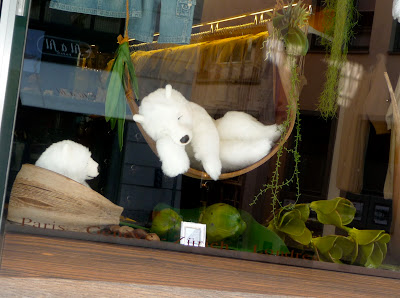 One of day trips was to Konstanz in southern Germany.  And there we had lunch in a lovely Italian restaurant called Pinochio.  The inside walls were covered with paintings, sculptures and other images of the little boy.  This one impressed me most. 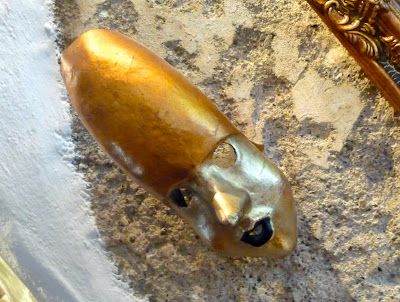 The exceedingly large boot below comes from Rapperswil, a fine town at the far end of the Zürichsee.  It stands outside a rather posh looking hotel. 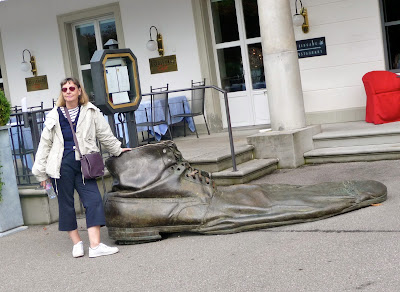 Another autumnal custom in Switzerland is to hang wreaths on the outside of buildings.  Usually they go on the door, but this  one was on the wall of a little shop selling home made food products.  I liked the simplicity of the arrangement and the use of the wheel.   We found the shop in the village Unterengstringen on our way back from visiting the Fahr monastery, just outside Zürich. 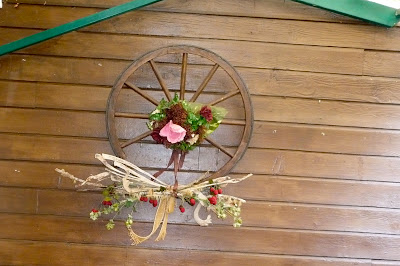 The last photo from Switzerland is this snap of the legendary Trabant car.  A relic from the old East Germany, it is now a bit of a rarity.  Though it may now have acquired cult status.  We came across this one in Schaffhausen, which of course is right on the border with Germany. 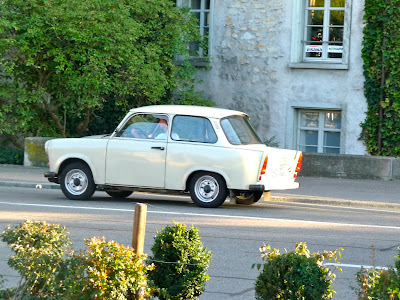 Finally a couple of photos from back in Scotland.  The first is this view over the Lade Braes part of St. Andrews looking across the golf links and further on to Tentsmuir forest with the Angus hills in the distance.  The prominent building on the left is the Old Course hotel.  This photo was taken from the hillside to the south of the town. 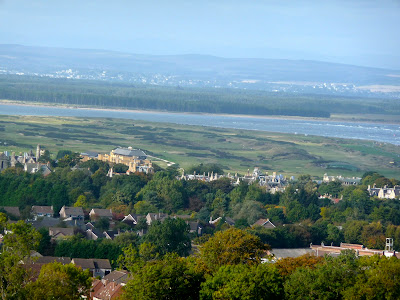 I end with this found object on the beach at Broughty Ferry.  I was just out for a walk in the autumn sunshine and took some photos of the objects on the beach.  Mostly shells, but I did like this little group.  The remains of a seaweed which has attached itself to a large pebble. 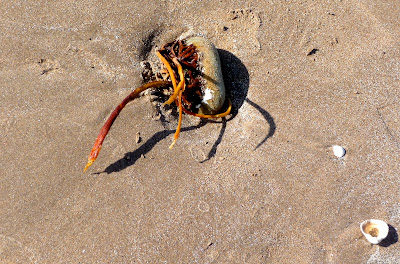