February, alas, was not much better than January photo wise.  Still stuck too much in a bit of post Christmas lethargy.  However I did attend a one day course in Japanese and Korean Calligraphy at the DCA.  Very interesting and enjoyable ti was too.  Below is a photo of some of the fascinating range of brushes that get used in calligraphy.  The really big on the left is horse hair I think and is very difficult to use.  All of them are in fact, at least for beginners like me. 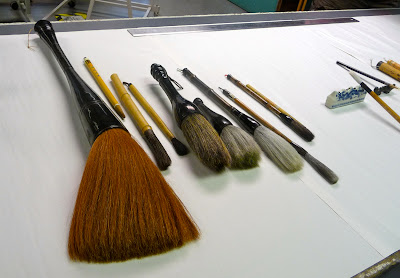 The calligraphy is of course done with ink.  And to give us an inkling of the real oriental experience we had to grind our own ink.  Below you can see my little container starting to fill up with ink.  The small blocks of black ink were lovely to both look at and feel.  This activity was done as a form of meditation.  Very relaxing it was too. 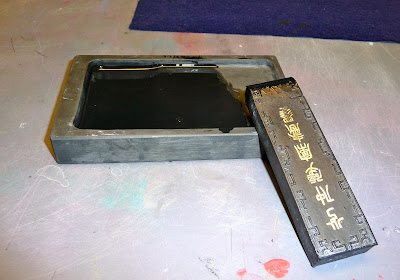 The actual activity of making characters with the brushes was very challenging, but also very satisfying.  Here are a couple of my attempts.  The first is the Japanese character for fragrant or full of flavour.  The second is another Japanese character - passion. 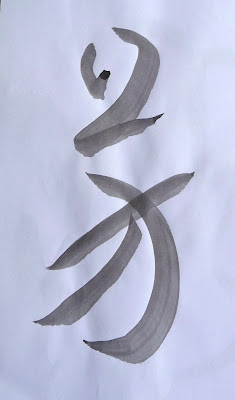 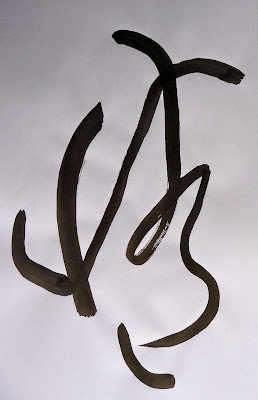 As part of the introductory course the Korean tutor wrote out our first names using Korean characters.  Here is what Alister looks like in traditional Korean. 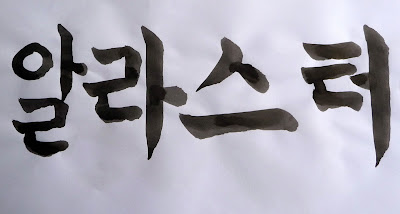 I continue with my stitching and the loose ends of cotton threads are beginning to mount up in by bottle.  This is two months cast offs. 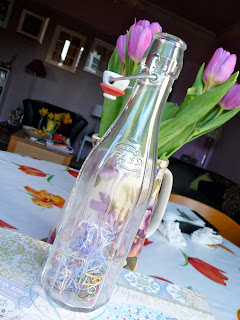 During February we visited Kathleen's sister Jacqueline, way over in Erskine, in the far west.  While there we tidied up the grave of her parents and laid down some fresh flowers.  John and Mary are of course the maternal great grandparents of Liam, Jamie and Alessio. 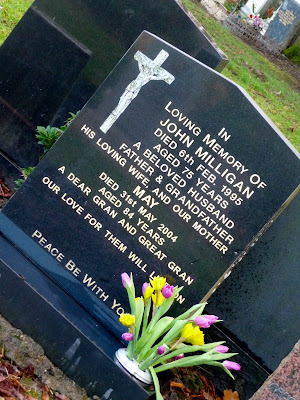 While there we had a lovely meal with Jacqueline and her youngest son, Adam and his lovely partner Gemma.  Here is Kathleen enjoying a glass of wine while relaxing on Jacqui's fancy chair. 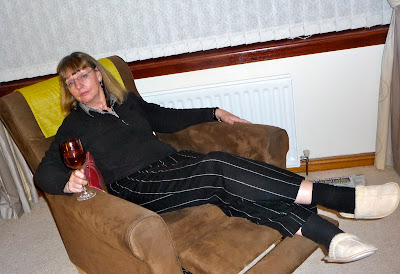 February finally brought a bit of welcome colour to the garden.  Though it was difficult to see much due to the covering of leaves and other detritus from last year still lying profusely around.  Still a little bit of clearing away and some brightness was quickly found. 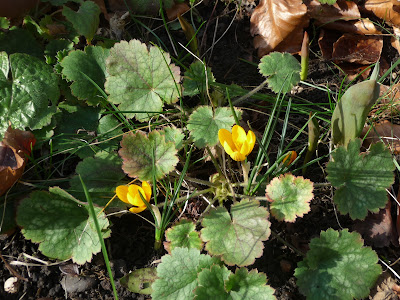 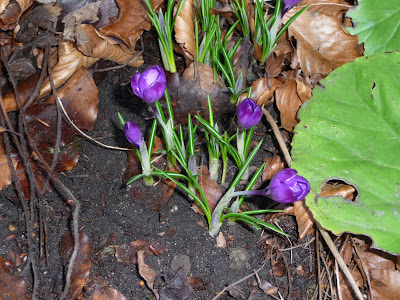 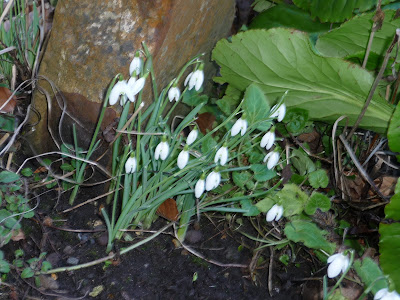