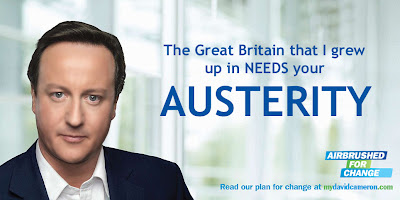 The current fad for government imposed austerity has taken quite a battering in the past few weeks.  Whether this will lead to any significant changes in policy is a moot point.  The dash for austerity was based on the rather dubious notion of “expansionary fiscal contraction.” Alas recent economic experience around the globe has shown this to be nonsense.  Fiscal contraction has turned out to mean what it says on the tin - contraction.  Fiscal contraction has inevitably led to economic contraction with all that has meant for working people.  Paul Krugman in a recent post quotes from an article on the Eurozone by Kevin O’Rourke:  “ Since 2010, a Europe-wide experiment has conclusively falsified the idea that fiscal contractions are expansionary. August 2011 saw the largest monthly decrease in eurozone industrial production since September 2009, German exports fell sharply in October, and now-casting.com is predicting declines in eurozone GDP for late 2011 and early 2012.”
The most recent unemployment figures for the UK confirm that austerity is not working.  Unfortunately lots more people are now not working either.  The detail behind the headline figures shows just how bad things are becoming.  The overall total of unemployed is masked by the rise in those in self-employment, in unpaid family work and on government supported schemes.  This comes to a staggering 127,000 people.  The vast majority of them are really unemployed.  The Chartered Institute of Personnel and Development reckons that the rise in self-employment is not evidence of an increase in entrepreneurship, but rather due to a growing number of “odd Jobbers”, people willing to try their hand at anything to avoid being unemployed.  Now this may be a good thing, but it is a sign of a weak economy not a strong one.  The unemployment figures also show that the number of employees working full-time fell by 140,000.  There was also a rise of 44,000 in people who were in part-time work because they could not find full-time work.  Not encouraging at all.  And there are more cuts in public services to come.
Another sign of the times was the expected downgrading of the credit worthiness of various Eurozone countries, including France, which has lost its coveted AAA rating.  However the key and most interesting aspect to this announcement by S&P was the reasons they gave for this downgrading.  They stated:  “In our view, however, the financial problems facing the eurozone are as much a consequence of rising external imbalances and divergences in competitiveness between the EMU’s core and the so-called “periphery”. As such, we believe that a reform process based on a pillar of fiscal austerity alone risks becoming self-defeating, as domestic demand falls in line with consumers’ rising concerns about job security and disposable incomes, eroding national tax revenues”.
Further evidence that austerity doesn’t work and is in fact self-defeating comes from an unlikely source - the IMF.  Their chief economist, Olivier Blanchard has recently commented on why 2011 has been such a bad year economically and looks at lessons for the future.  One in particular stands out and is worth quoting here:  “financial investors are schizophrenic about fiscal consolidation and growth.  They react positively to news of fiscal consolidation, but then react negatively later, when consolidation leads to lower growth—which it often does. Some preliminary estimates that the IMF is working on suggest that it does not take large multipliers for the joint effects of fiscal consolidation and the implied lower growth to lead in the end to an increase, not a decrease, in risk spreads on government bonds. To the extent that governments feel they have to respond to markets, they may be induced to consolidate too fast, even from the narrow point of view of debt sustainability.  I should be clear here. Substantial fiscal consolidation is needed, and debt levels must decrease. But it should be, in the words of Angela Merkel, a marathon rather than a sprint. It will take more than two decades to return to prudent levels of debt. There is a proverb that actually applies here too: “slow and steady wins the race.”  For more about this article see here.
The final coup de grâce on the failure of austerity measures comes from the latest round-up of independent economic forecasts published by the Treasury.  Their conclusions - in 2012 the UK faces lower growth, higher unemployment and a higher deficit.  You can read more about this here.
As I said at the beginning there is little prospect that our leaders will change policy direction, even in the face of such damning evidence.  I was tempted to write that we suffer from the one-eyed leading the blind, but that would be grossly unfair to one-eyed people.  Almost anyone with an open mind can see what has happened over the past three year.  No, unfortunately we suffer from being led by a group of nasty ideologues.  Wherever you look - London, Paris, Berlin or Washington - it is the same.  Governments which are predominately led by very rich and very wealthy people, preaching austerity to the rest of us.  I wonder just how much austerity the likes of Cameron, Osborne and Clegg for example have had to endure over the last two years?
Posted by Unknown at 13:28