Is Scotland a Nation? 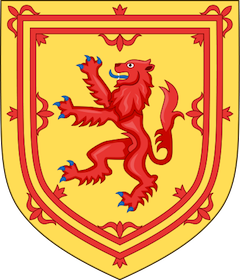 The title for this post is in part a response to a post in the Better Nation blog entitled “Non-nationalists for Independence.”  You can read the post here.  Like James, the author of that post, I do not consider myself a nationalist and try to avoid the term.  It is one of the reasons why I have found it impossible to join the SNP for example.  However I am not in agreement with James’ interpretation of nationalism and non-nationalism.  His starting point is that, “Crudely, there are romantic arguments for particular territorial boundaries, and there are pragmatic ones.”  And he of course supports independence for purely pragmatic reasons.  As he puts it, “I want to see independence for something, for a purpose. I want to see a fairer Scotland, one that relies on wind and wave, not oil and gas, one where money stops being wasted on motorways and is diverted instead into public transport, and one where politics is cleaned up and opened up.”  The people he would regard as nationalists on the other hand see “independence as an end in itself, an emotional objective irrespective of any other political changes.”
This is where I take issue with James - on two grounds.  Firstly I do see independence as an end in itself and secondly I do not believe one can keep the emotional out of this debate.  James wants independence for purely pragmatic reasons.  But why then stop at Scotland?  Would his particular purposes - a progressive, fairer and greener society - not be even more likely if Scotland were to join in a Union with Denmark?  Or what about an even wider Union with all the Scandinavian countries?   And if an independent Scotland did not deliver on any of James’s concerns, what then?  Would he seek re-admission to the UK?    While James may be quite relaxed about changing the territorial boundaries of Scotland every so often just to pursue a particular social or economic objective, I suspect he is in a very tiny minority in this.
The reason is that most people do feel some kind of emotional attachment to their country.  Which is why independence as an end in itself is the only valid position to hold.  Independence is not just for Christmas or the next few years.  While it may not be forever - who can foretell that far ahead? - it is for the long term.  So it has to be an end in itself.  It is of course at the same time a beginning.  In an independent Scotland James will be able to argue and campaign for his vision for Scotland - one which I pretty much share, as it happens.  The purpose of independence for Scotland is to establish that it is us, the people who live in Scotland, who get to decide our future, whatever it may be.  Choosing Independence will be based on a mixture of pragmatism and emotional attachment.
A major part of James’ difficulty is I venture to do with the complexities and contentions surrounding the word Nation and its derivatives such as Nationalism.  In his post he uses the term nation-states as opposed to nations.  I presume this is because he is most interested in states, but needs the addition of the word nation in order to argue against nationalism.  For it is the case that in the English speaking world the word Nation tends to be used as a synonym for state.  Thus we have English National Ballet, English National Opera, the National Galleries of Scotland, the Australian National University etc, etc.  I have never been at all comfortable with this usage.  In other parts of the world the word state and its derivatives are more likely to be used.  Thus we have the Wiener Staatsoper, the Berlin Staatsoper, and in Denmark the Prime Minister is the Statsminister.  Variants of the English word realm are also common in some countries, for example the Rijksmuseum in the Netherlands or the Riksdag in Sweden.
To return to Scotland and the title question - is Scotland a Nation?  My answer is that Scotland is not a nation.  To me, Scotland is a state.  It is in fact a kingdom as the Scottish state was created by successive kings and queens.  The boundaries of this kingdom remained pretty stable over centuries and the Union of the Crowns of England and Scotland under James VI predated the UK by over a century.  I am by persuasion a republican, so I tend to refer to Scotland as a state.  But not if I can avoid it as a nation.  The original Scots were an Irish tribe and though they gave their name to the state, the Scots were never the sole or even the largest group in the country.  Scotland has always been a multi-national and multi-lingual country.  As has often been said we Scots nowadays are very much a mongrel breed.  Something to be proud of and not something that easily squares with nationalism or exclusive notions of national identity.
Scotland the country, Scotland the land has existed for centuries with its own distinctive customs and laws.  It is on the basis of its continuing existence as a distinct entity - a state - that I support Scottish Independence.  Let it be us - the people of Scotland, wherever we come from - who decide our future.
Posted by Unknown at 14:58