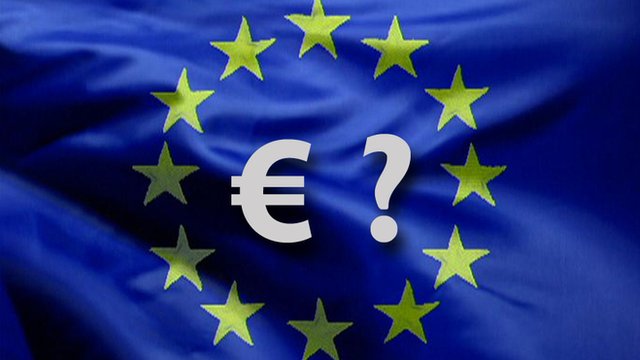 It is getting a bit like Groundhog Day as regards the Euro and its future.  Every month of so, some supposedly very serious commentator, economist or politicians steps up to warn us the there are only two or three months left in which to save the Euro.  And yet two or three years later, the Euro is still there and nobody, not even the Greeks, has left the single currency.  At one level it is all a bit of a laugh.  Unfortunately this is a serious issue and the constant doomsayers are doing us all a major disservice.

Firstly because after a while most people simply cease to believe them and may wrongly, assume that all is well in Euroland.  Secondly, the focus on the survival of the Euro comes at the expense of the underlying economic realties which affect the Eurozone countries.  For the reality is that the main source of the woes affecting European countries is the application of more and more austerity.  Policy makers in nearly all countries seem hell bent on pursuing policies which all the evidence confirms is only making the situation worse.  Government debt is not coming down and most economies are either in recession or flatlining.  That this is happening in the UK, which is not in the Euro, would seem to indicate that it is not the Euro per se, which is the problem, but the "austerity at all costs" policy which is the problem.  Paul Krugman in a recent post outlines the crux of the matter.  Many of our governments seem to want to inflict pain on the rest of us for their own political agendas.

Getting out of this current and long lasting mess will not be easy.  Continuing with the current policy prescription is likely to kill the patient.   It is hard to see how the populations of countries like Spain, Portugal, Greece and even Ireland can continue supporting the consequences of the these policies for much longer.  What they face is a decade or more of deflation with high unemployment and the lost growth that this involves.  Not an enticing prospect.  At some point in the not too distant future something is likely to give.  Either some countries leave the Euro or the current policies will have to change.  Neither will be easy and all governments will try to avoid either happening.  But there has to be a limit to how much suffering people are prepared to endure, especially as there is little prospect of improvement in the medium term.

If the countries of the Eurozone want the Euro to survive there are various options available.  None of them involves rocket science and they have been know about for some time.  American economist Bradford DeLong provides a succinct summary of these options here.  As he points out the most likely outcome is a combination of the following three measures:

Something along these lines is needed pretty soon if the Euro is to survive and the whole of the Eurozone gets a chance to rebalance its economy.  At the moment nobody in either northern or southern Europe is prepared to engage with their electorates about what these measures would mean in practice.  So the majority of Europeans are unaware of what lies ahead.  The sad thing in all this is that to continue as now is more than likely to make things even worse.  We are alas living through very difficult times with a bunch of scared politicians in nominal charge.