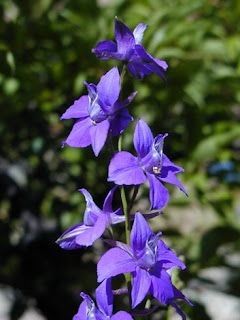 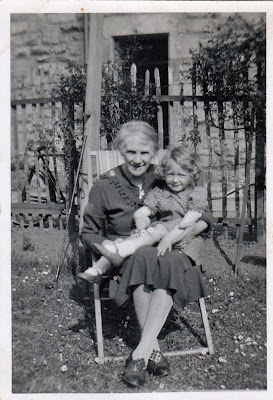 Looking more to the future, my daughter Elena’s husband, Mark was born on 15th July in St. Andrews.  Happy birthday Mark.  They now have two sons, Liam and Jamie, so  the Rutherfords continue to expand, if not in name.
The birthstone for July is the Ruby.  Most traditions seem to have settled on the ruby as the gem for July.  It symbolizes devotion, integrity, courage and happiness.  A pretty good combination.  Here is a fine example of a ruby.

The birth flower for July is the lovely Larkspur.  This is a member of the same family as the Delphinium, but is an annual flower.  Larkspurs represent an open heart and ardent attachment.  A purple larkspur can be found at the beginning of this post.
Happy July to everyone and I hope you all have a lovely, warm and sunny summer.
Posted by Unknown at 11:28