October was quite an active month.  I managed to get in four walks and a visit to Edinburgh.  We also had some lovely weather during most of the month.  Which meant there was still lots of colour in the garden.  Here is our arrangement of pots outside the front door, followed by a lovely gentian from the Barnhill Rock Garden. 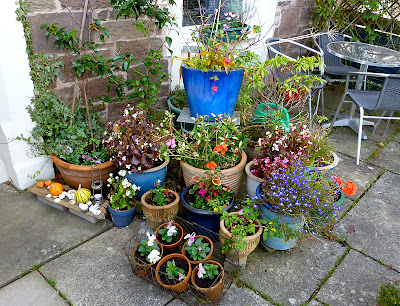 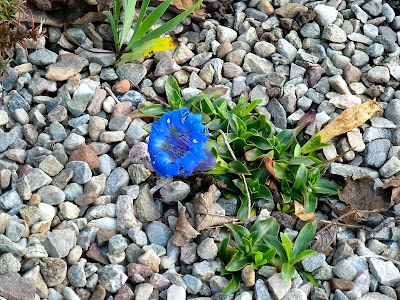 The good weather led to a few walks.  One was to Kinpurney Hill near Newtyle, not far from Dundee.  I did this with Elena and the boys.  It was a lovely, sunny, but windy day, and we had a great time.  The photos below show Elena and Liam going up the hillside, then all three at the summit beside the gothic looking tower. 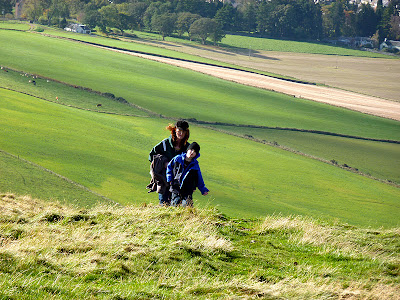 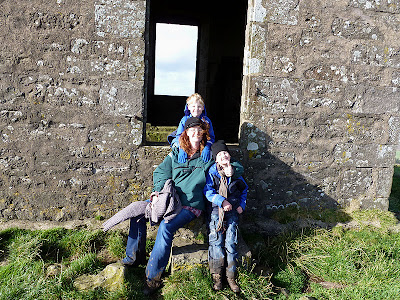 Another outing took us to a jaunt up to the Hopetown monument just outside Cupar.  We did this with John and Diana on another lovely day.  The monument is a very large tower built in the 1820s which looks like this. 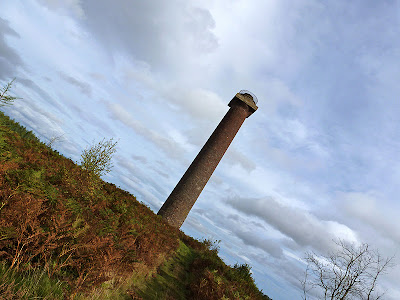 I also managed to get in a couple of hill walks with Frank.  One was to the hills at the Spittal of Glenshee.  Another fine day, though the upper slopes were by then already covered in snow.  Here is a view looking across the glen to the higher peaks. 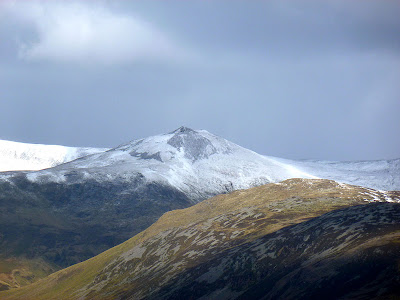 The visit to Edinburgh was with Elena and the boys where we spent all the time in the re-opened National Museum of Scotland.  This has all kind of exhibits and is very child friendly.  Just about everything is included - from dinosaurs to racing cars.  One part of the museum is dedicated to the history of Scotland and this is particularly interesting.  Below is a specially made saltire which was taken into space by an astronaut with Scottish ancestors, followed by a wonderful example of the feathers from a peacock and then three bicycles from different eras.  The final bike is the one built and used by Graham Obree when he broke the world speed record. 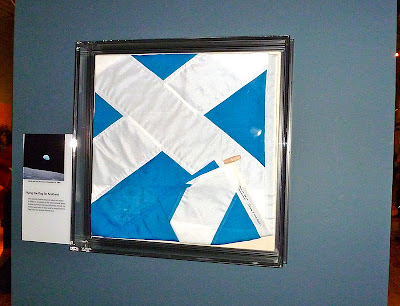 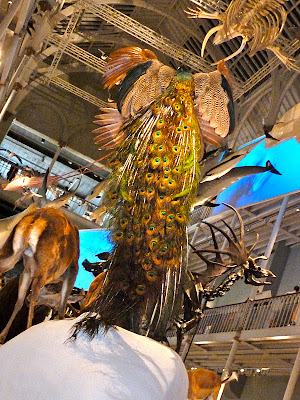 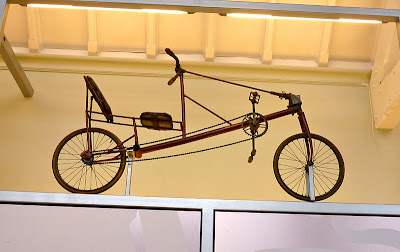 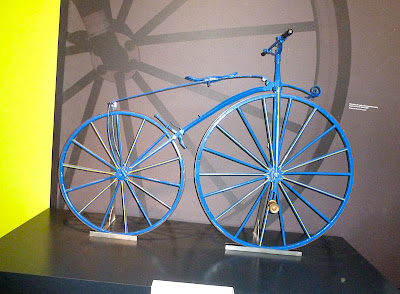 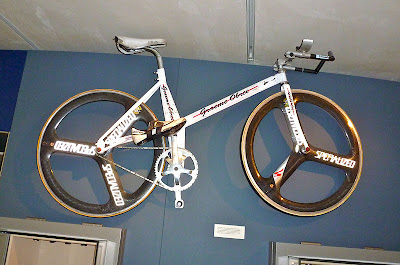 I conclude with an unusual momento from our visit to Zermatt.  There I bought a bottle of white wine from the highest vineyard in Europe.  This is found in Heidadorf Visperterminen and is 1150 metres high.  I bought a bottle of Heida Visperterminen from the St. Jodern Kellerei.  I took it all the way back to Scotland and very pleasant drinking it was too.  Cheers everyone! 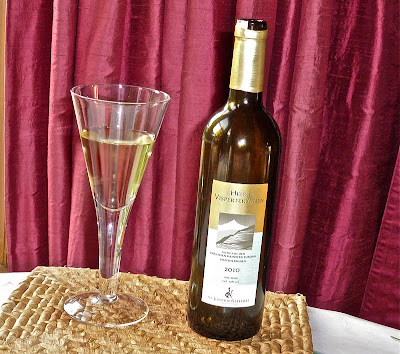