Photo of the Month - August

I tend to take a lot of photos nowadays.  This phase began in 2003 with the birth of Liam, our first grandson.  As your typical doting grandfather, I just had to take photo after photo of the new baby.  So a digital camera was required.  The first was a 3.1 magapixel Olympus, which served me rather well for five years.  I then bought a more advanced, but still very simple point and shoot Panasonic, which I promptly destroyed by getting it soaked in the Adriatic.  So I now use another Panasonic, an 8 megapixel Lumix with a 10x zoom.  A lovely little camera.
Anway I now take photos not just of our now three grandsons, but all sorts of other photos as well.  Most of them just end up in a file on the PC.  A few get printed out each year for an album and some get posted on Facebook.  However I rarely look at them afterwards.  So the idea for this post is to revisit the latest photos and select a few to reflect what I have been up to, photographically speaking, over the previous month.
First up is August and as we were in Switzerland visiting Emma & Co for part of the month, most of the photos come from there.  I tend to take more photos when away on holiday.  August 1st is Switzerland`s national day and we all celebrated this with a brunch at a local park - Park im Grüene.  Here is Alessio with his new best pal, Madison, who was also on holiday. 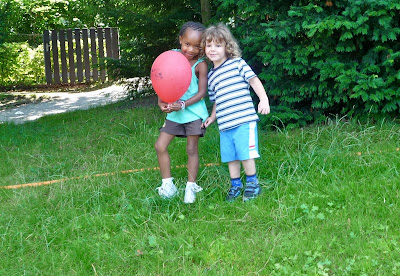 From the same day, below is a photo of Arlene, one of Emma`s oldest friends in Switzerland. A Canadian, Arlene has the happy knack of putting on a glamorous pose naturally. 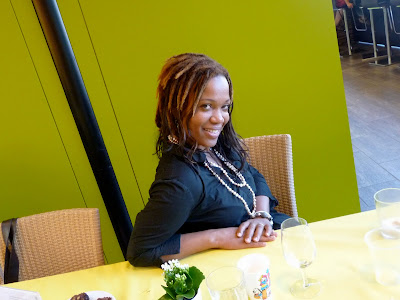 The next few photos were all taken in either Kilchberg, which is where Emma lives, or in Ruschlikon, the next town along the lake.   The first is part of a window display for an interior design shop. 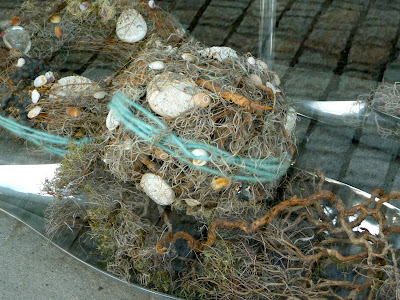 Below is a photo of pebbles through the waters of the Zürichsee.  Most of the lakeside has lovely clear water. 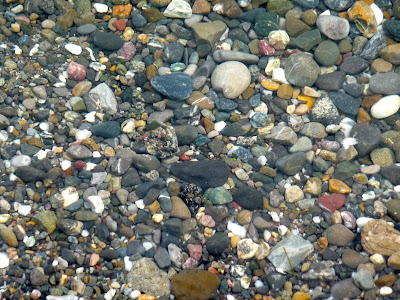 Next is one of the many natural meadows you find all over the place.  There are lots of these, usually quite small protected nature reserves. 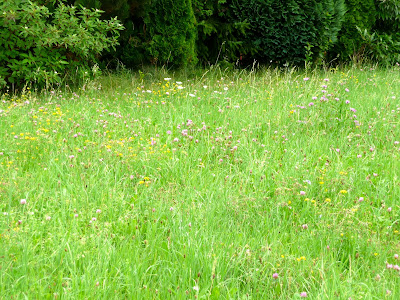 I find I like to take many photos of flowers, and below is a lovely group from a garden in Kilchberg. 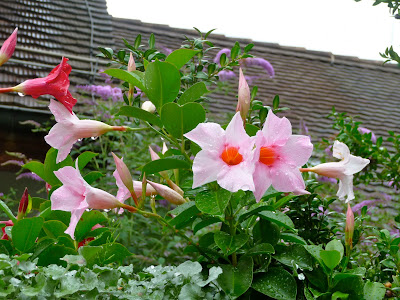 I end this section with one of Alessio in the rain.  He just loves to be out and about in the rain and is always up for a pose. 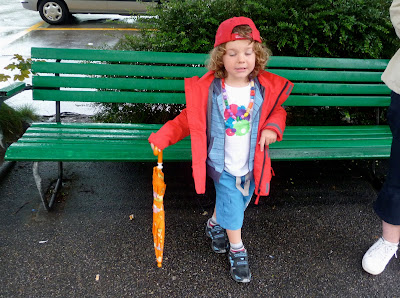 The next few were all taken in Zürich.  The first is a wooden sculpture of footballers which lies just inside the grounds of FIFA`s headquarters in Zürich. 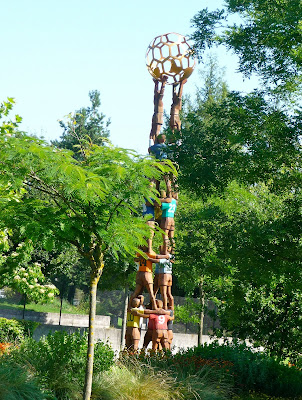 Second is this scene from the flea market at Bürkliplatz.  The bus from Kilchberg into Zürich arrives at Bürkliplatz, so we often have time to wander around the stalls.  Some very fine and interesting stuff.  A lot of it is too large for us to take back to Scotland, but this collection of hats was most tempting. 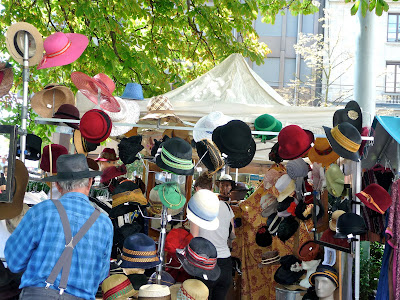 Finally a collage of photos from the Botanical gardens.  This is a favourite place of ours as there is plenty of interest for both us and Alessio. 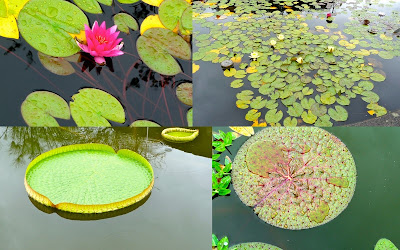 The Swiss collection ends with a couple of photos from a bit further afield.  First up is this traditional style building which houses the local museum in Sarnen, the capital of one of Switzerland`s smallest cantons, Obwalden. 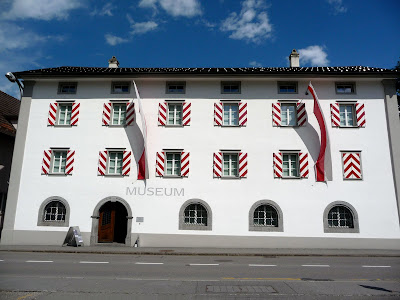 Finally a fine view of traditional half timbered houses from Horgen, one of the larger towns on the southern side of the Zürichsee. 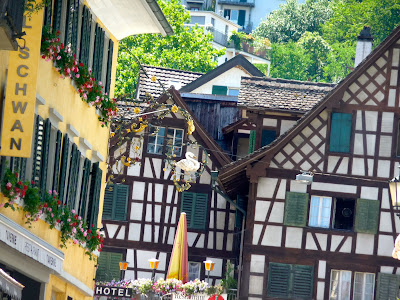 Not too many photos this month from Scotland, but here are two that I liked.  First up this view from the beach at Monifieth across the Tay estuary to Tentsmuir forest.  I wanted to try and capture the feeling of looking through the vegetation. 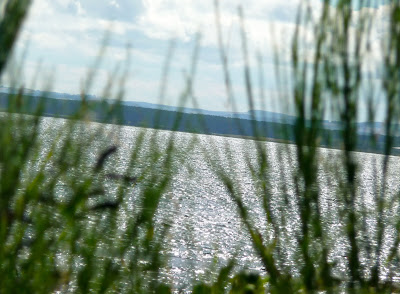 For August I could not fail to include at least one photo of Liam and Jamie.  Liam had his 7th birthday on 29th and here he is about to blow out the candles on his cake with a little help from Jamie. 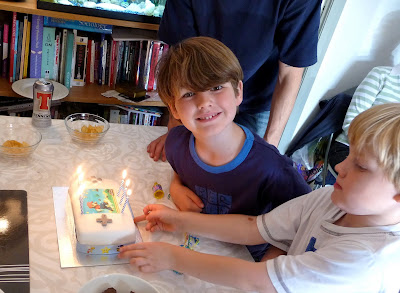