Of course Labour will answer that they are only attacking the SNP, not the Scottish people.  However it is darn hard most of the time to see the difference.  In the first place since large number of us Scots did vote for the SNP at the last parliamentary elections, to attack the SNP is in a way to attack those of us who had the temerity to vote SNP.
Secondly Labour seems to have reduced itself to opposing anything and everything the SNP comes up with.  At the last election for example Labour found itself in the ludicrous position of opposing the setting of a minimum price for alcohol.  Despite the fact that this policy was widely supported by professionals and the general public.  But as the SNP had proposed this, then Labour had to be agin it.  The same happened with the proposal to levy an additional rate on large superstores in out of town locations.  A policy that an earlier generation of Labour people might have come up with as their own policy.  But, again, because the SNP had made the proposal, well, Labour just had to come down in support of some of the richest businesses in the land. 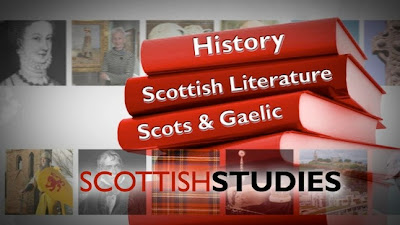 In general Labour has managed the almost unimaginable feat of becoming the Unionist party.  In Scotland more than anything else Labour is fast becoming seen as for the Union and nothing else. Why else the pathetic attempts to discredit the SNP government’s plans introduce Scottish Studies in our schools?  Their visceral hatred of anything to do or come from the SNP leads them to adopt what can only de described as an anti Scottish attitude.
You can see this in the glee with which Labour politicians grasp at any “facts” which purport to show that Scotland is subsidised by England.  I am genuinely amazed at why so many Scottish Labour people seem to rejoice in what they regard as Scotland’s immutable poverty.  After more over 200 years of Union, you would think they would want to show that this had somehow brought some real benefits to their country.  But this is perhaps the rub.  For most Labour politicians their country is not Scotland, but the UK.  Despite their much trumpeted hostility to nationalism, they are at bottom British nationalists first and foremost.  They see everything through the prism of the UK.  The always ask what is best for the UK and never, what might be best for Scotland.  Their mindset is so set that they are incapable of imagining a better Scotland that is not in the UK.
This of course continues to make life difficult politically for Labour in Scotland.  While, alas, most Scots are not yet ready to vote for independence, they do see themselves as Scots first and British second.  The vast majority of Scots do want their political parties to put Scotland first and to rejoice in and celebrate Scotland.  And where possible to make it better.  Hence the proposals to set a minimum price for alcohol  and to introduce Scottish Studies.  What they do not want is for their country to be denigrated and dismissed as a mere region of the UK.
Posted by Unknown at 14:08