The highlight of November, at least for us Scots, comes at the very end of the month.  November 30th is when we celebrate our very own saint - St. Andrew.  Well he's not really ours as Russians, Greeks, Romanians and some others also claim him.  However we are not a mean people and are delighted to share our saint with all these other lovely people around the world.


Alas in Scotland St Andrews Day is not yet a public holiday.  This year though it was a day of strikes in the public sector and most schools were closed as a result.  This meant we had the pleasure of Liam and Jamie as our companions for the day.  We started with a bit of window shopping in the Ferry to see all the weird and wonderful Christmas displays.  Here are some below. 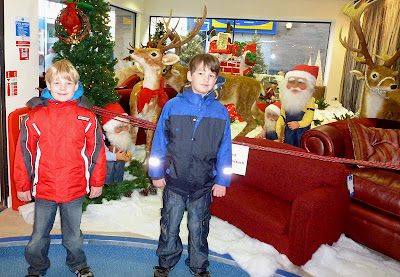 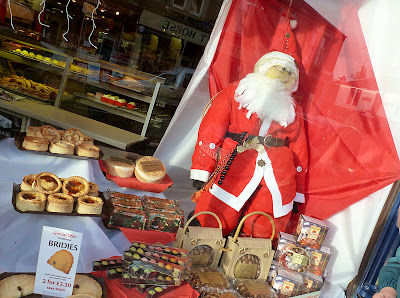 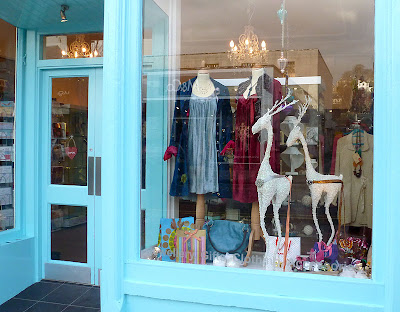 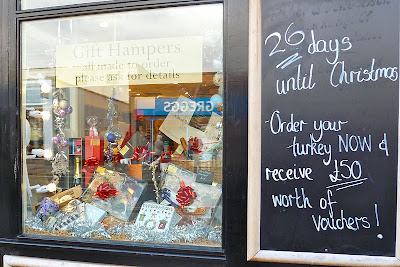 In the afternoon we visited St Andrews itself.  As part of the celebrations all the museums were open to the public, free of charge.  We visited the castle, or rather the remaining ruins.  Here are the two boys on a window ledge. 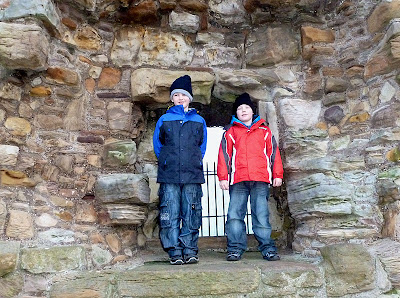 What the boys like most about the castle is the underground tunnel that was built during the siege in the 16th century.  No photos of this alas.  Before we headed off home we came across another early sign of Christmas with this brightly decorated tree in the grounds of the Holy Trinity Church in the centre of the town. 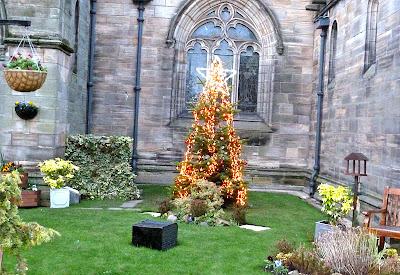 The rest of the month was not without its unexpected pleasures.  Early in the month we attended a conference on Food hosted by Fife Diet, a campaigning group for a better diet and lowering our carbon footprint.  There we met some students from the USA who were all over at Edinburgh University on various one year programmes.  One of them, Liz from Boston has some ancestors from Dundee and was due to visit the city to find the graves of her great, great granny I think.  Anyway we met up with her and spent a most enjoyable day showing her around the city.  Here she is with Dundee's famous son, Desperate Dan. 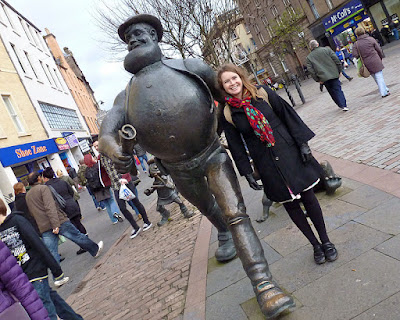 Another unexpected pleasure was meeting a group of musicians from An-Najah University in Nablus, Dundee's twin town in Palestine.  They were over to celebrate an agreement between their university and Abertay university in Dundee.  As part of their visit they played some traditional Palestinian music at a concert.  Here they are on stage. 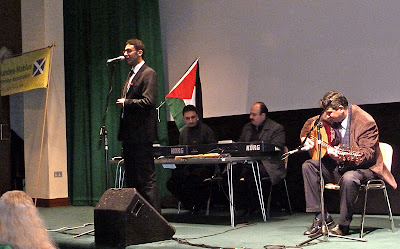 I am particularly fond of the oud and have a couple of CD's of traditional oud music.  Here is the beautifully decorated oud from the concert. 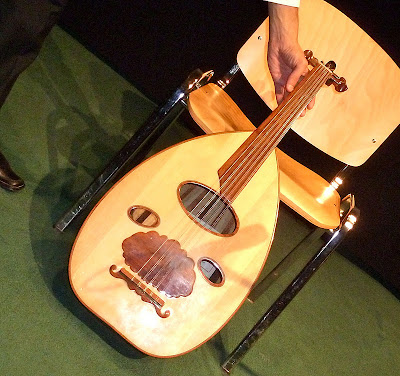 The end of November is pretty much the beginning of winter over here.  The weather has now changed and it is a lot colder.  Though thankfully no snow in our part of the country as yet.  Despite the colder weather there is still a little colour in and around the garden, as you can see in this photo of a single fuchsia flower with some geraniums. 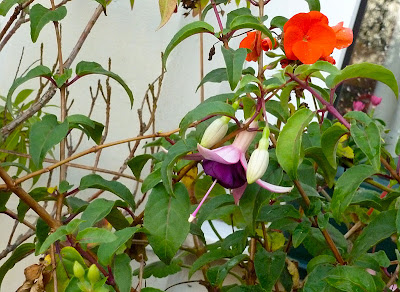 November is also a time of long dark nights.  Though this can be compensated by some great views of the moon and I end this piece with one of my attempts to capture a full moon in a very dark sky. 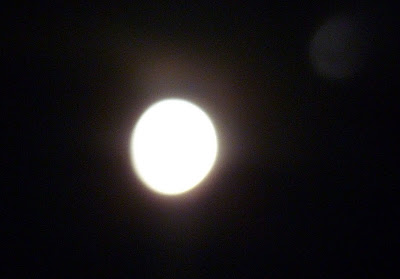