Elections in Iran and Lebanon The recent Presidential election in Iran has caused a fair amount of political and media frenzy here in the West. It has also brought out a lot of people onto the streets in Tehran. And good luck to them. People's right to protest should be supported everywhere and if they can bring about some liberalisation of the regime even better. However we should be careful of believing everything the opposition claims.

In the first place all the candidates were “official” candidates in that only candidates approved by the establishment get to run. Real opposition to the Islamic Republic is not allowed. In the second place it is very difficult to get an informed feel for what happened during the election and what is happening now. I don't speak Farsi and wouldn't recognize a Persian word if I saw one. Nor I suspect do the overwhelming majority of Western journalists and so-called experts now pontificating about Iranian public opinion. They all seem to be based in the capital, Tehran and rely on interpreters or on English speaking Iranians. Since by all accounts the driving force behind the main opposition candidate, Mousavi, is the richer and better educated urban voters, then it is not surprising that most of our information comes from opposition sources.

The articles that have been written about the elections have not helped much either. While Moussavi did attract large turnouts of supporters, so did Ahmadinejad. Opinion polling is not an exact science anywhere and least of all in Iran. There is not much of a case that can be proved by reliance on opinion polls. Nevertheless polls that showed Mousavi neck and neck were counterbalanced by polls that showed Ahmadinejad winning by more or less the official margin. And it is a fact that Ahmadinejad did win the 2004 election, defeating Rafsanjani in the run-off election by winning 62% of the vote. It is also worthy of note that in all presidential elections in Iran the sitting president has always won a second term.

Thus it was always a likely outcome that Ahmadinejad would win the election. This does not of course mean that there was no fraud. We simply do not know. And it is really a matter for the Iranians. What is most interesting about the elections is that yet again Western politicians and commentators feel obliged to categorise or rather stereotype the candidates as either “hardline” or “reformist”, which usually goes with “pro-western”. This is nearly always done on the basis of no knowledge whatsoever about the country or the candidates. In Iran for example the attempt to portray Mousavi as some kind of pro-western liberal reformer is so wide of the mark that it beggars belief that it is even tried. This is the same Mousavi who was a very hardline, repressive and anti-western Prime Minister from 1981-1989. The Mousavi campaign is also very closely supported by former President Rafsanjani. In terms of what their campaign was proposing for Iran, here is the view of M K Bhadrakumar, former Indian dimpomat:
“If we are to leave out the largely inconsequential “Gucci crowd” of north Tehran, who no doubt imparted a lot of color, verve and mirth to Mousavi’s campaign, the hardcore of his political platform comprised powerful vested interests who were making a last-ditch attempt to grab power from the Khamenei-led regime. On the one hand, these interest groups were severely opposed to the economic policies under Ahmadinejad, which threatened their control of key sectors such as foreign trade, private education and agriculture.
For those who do not know Iran better, suffice to say that the Rafsanjani family clan owns vast financial empires in Iran, including foreign trade, vast landholdings and the largest network of private universities in Iran. Known as Azad there are 300 branches spread over the country, they are not only money-spinners but could also press into Mousavi’s election campaign an active cadre of student activists numbering some 3 million.”
It is interesting to note that Bhadrakumar's article which appeared in the Online edition of Asia Times, is entitled Rafsanjani's gambit backfires.

It would seem then that Mousavi's great reforms are to make it easier for people like Rafsanjani to make even more money. The inclusion of all these students would also explain the active use of the new media by the Mousavi campaign and their access to the English speaking airwaves. Of course the support of the liberal urban intelligentsia does not necessarily make for an election victory – see John Kerry in 2004. Given that the Rafsanjani clan is widely regarded in Iran as corrupt business dealers and that Ahmadinejad decisively defeated Rafsanjani in 2005, it should not really be a surprise that Mousavi's close association with Rafsanjani would prove to be electorally unpopular.

Once again it must be emphasized that we do not know what actually happened during the election in Iran. Though the protests against the result have continued at least in Tehran. Once again it is difficult to get an accurate picture of what is happening in the provinces. The size and demands of the protests may indicate that we are moving from an internal power struggle within the Islamic regime - Mousavi/Rafsanjani against Ahmadinejad/Kamenei - to a broader struggle for changes to the regime. We just do not know at the moment. However that has never stopped the Western intelligentsia from seeking to interfere. At least it looks like there will be no military attack from the West on Iran. Just the Machiavellian arts of propaganda. 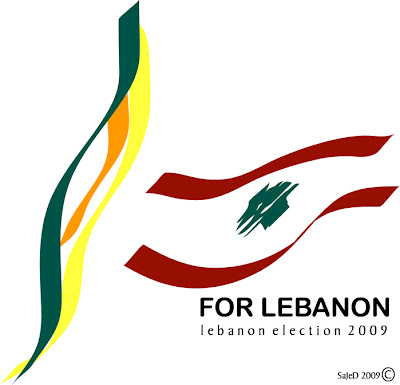 In Lebanon on the other hand we do know what happened in their recent parliamentary elections. Once again the West found it imperative to stereotype the leading coalitions as either pro-western or in this case pro-Iranian. And surprise, surprise the supposedly pro-Iranian bloc, the March 8 Alliance, which included Hezbollah won a clear majority of the popular vote, 55% to the 45% for the pro-western March 14 Alliance. Not that you would know this from the mainstream media. For, due to the quaintness, or profoundly undemocratic nature of the Lebanese electoral system, the March 14 Alliance, which remember lost the popular vote, won 71 of the 128 seats in the Parliament. Where were the cries of outrage at this blatant subversion of the popular will? Conspicuous by their absence. Instead we in the West were treated to a chorus of reports on how successful the pro-western bloc had been and how Hezbollah had suffered a major reverse.

Lebanon remains a country dominated by religious affiliation. The current deal allocates half the Parliamentary seats to Christians and the other half to Muslims. Unfortunately from a democratic perspective all the evidence shows that only about 35-40% of the population is Christian. Within in the Christian community each sect is allocated its own seat or seats. Thus the Protestants have one seat allocated to them, while the Armenian Orthodox get five seats and the Greek Catholics get eight seats. The big losers in this game are the Shia Muslims who by most accounts represent nearly 40% of the population. Historically the poorest segment of Lebanese society, the Shia are allocated a mere 27 seats in Parliament, approximately 21% of the seats. Now it is a matter for the Lebanese to determine their own electoral system. I just don't see why our leaders in the West should be so loud in their praise for a system that so blatantly discriminates against the largest group in the country.

A closer look at the make-up of the March 14 Alliance also calls into question just to what extent they are in fact liberals worthy of our support. The leading component is the main Sunni party the Future Party. It's current leader is Saad Hariri who is the son of the previous leader Rafik Hariri. This party is also closely allied to Saudi Arabia, not exactly a beacon of civil liberties. Another key party is the main Druze party which goes by the exotic name of Progressive Socialist Party. Its leader is Walid Jumblatt and its previous leader – yes you've guessed, his father, Kemal Jumblatt. The use of the word Socialist in the party's name seems to owe more to the father's love of Orwell than to any belief in anything remotely socialist. Unless Tony Blair still counts as a socialist. The other mainstay of the March 14 Alliance are the two blocs of Maronite Christians. Both are very right wing and one is modelled on the Falangists of Franco's Spain. Again not exactly what you would expect from a pro-western party.

And yet that is the norm in the Middle East. The so-called moderates and our friends in that region all seem to be corrupt dynastic dictatorships – Egypt, Saudi Arabia, Jordan and the various mini states in the Gulf. The plural nature of Lebanon has prevented a similar dictatorship from emerging, though not without successive attempts by the Maronite minority. However the dynastic principle is still alive and well. Throughout the region the only parties that seem to be free from this dynastic corruption are Hezbollah in the Lebanon and Hamas in Palestine. They of course, like Iran itself are regarded as hors jeu because they are unwilling to accept their allocated role as Western stooges.
Posted by Unknown at 17:25