Scottish Independence – How many Referendums? 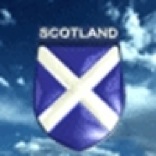 Once again we see the rather unlovely sight of Unionists making a fool of themselves.  This time it is over the issue of a referendum or more precisely over how many referendums will need to be held before Scotland can  become independent.  For years now, if not decades, Unionists of all stripes have stated again and again that there was no need for even one referendum.  They asserted as if Gospel, that any referendum was a waste of time as Scots didn’t want independence anyway.  Now that they are out of power at Holyrood, they have suddendly discovered the attractions of referendums.  To such an extent that like a greedy little child they now want two of them.  It is all very revealing of just how scared and lacking in ideas Unionist have become.  Trully the Unionist Emperor has no clothes.
The argument, to the extent that there is one, is a phoney one.  As Gerry Hassan has pointed out there has never, repeat never, been a case of two referendums before a country has become independent.  The main point that Unionists make is that the Scottish Parliament has no jurisdiction over constitutional matters and that therefore any referendum held by the Scottish Government would have no legal or consitutional validity.  Which of course is true.  No one has ever suggested otherwise.  However a yes vote in such an advisory referendum would carry great political weight.  Which is why David Cameron and other Coalition ministers have always stated that they would respect the result of a Scottish referendum.  So why all this talk about the need for a second referendum?
The simple answer is that there is now a pro-independence majority in the Scottish Parliament.  Which means that there will now almost certainly be a referendum.  And the Unionists are clearly terrified that a majority of Scots will vote yes to independence.  Otherwise  why are the Unionists so frightened of a referendum?  What the Unionists now want is a second bite at the cherry.  If Scots vote yes then we will need to vote again in a few years time after the negotiations have been completed and the terms known.  This of course would give all the key powers back to Westminster and the Unionists.  The UK government could prolong the negotiations in the hope that opinion in Scotland changes.  They will be able to decide when to hold this second referendum and most importantly, be able to choose the wording of any question.  So one can see why Unionists are so keen to get this idea of a second referendum accepted.
However there is a little matter in all this which the Unionists seem to have overlooked.  The whole basis for a second referendum is that a Scottish referendum would have no real validity.  It would not in itself give the Scottish Government any additional powers.  In which case why have this first referendum?  The logic of the Unionist case is that the Scottish Government has all the political powers it needs to start negotiations with Westminster.  It has the support of well over half the MSPs, who were all elected on a platform that included independence.  So why does the UK government not just recognize this and offer to begin full negotiations on Scottish independence?  This way there would still only be one referendum, but this time at the end of the negotiations.
One can see immeditately the bind that Unionists are in.  For a referendum at the end of the negotiations to have any validity, the UK government would need to be willing to start these negotiations now.  Which is almost impossible for them to do.  So all they can hope to do is to try and frighten the Scottish people about the dangers and complications of independence and hope that fear works in their favour.  Not much of a prospectus for maintaining the Union.  For a more detailed look at the issues around a second referendum, Lallans Peat Worrier has a very good post here.
Posted by Unknown at 09:22