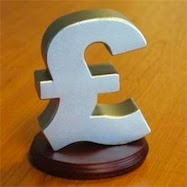 The recent budget by Aistair Darling has once again thrust the economy into the forefront of the coming election battleground. And as usual the debate about the economy is fixated on the need to get the deficit down as quickly as possible. Furthermore there is an apparent iron rule that this means savage cuts in public services and the only debate is around when to start cutting and how deep the cuts are to be. We even have the spectacle of a Labour, albeit a New Labour Chancellor almost boasting that another Labour government would enforce cuts even more savage than those introduced by the Thatcher governments of the early 1980s. What is the world coming to?

For even the government’s own figures and projections give the lie to this unrelenting emphasis on cuts in public services. During his budget speech the Chancellor boasted about how the UK is the world's sixth biggest exporter of goods and the second largest exporter of services. He went on to quote IMF forecasts which show that the British economy will suffer less than Germany, less than Japan, less than Italy, and less than the euro area as a whole this year. The Chancellor was also quite upbeat about the economy as a whole, pointing out that, “because of our underlying strength, the measures we are taking, domestically and internationally, I expect to see growth resume towards the end of the year. The British economy is diverse, flexible and resilient – which is why we can be confident in recovery.”

In which case, why all the hurry to cut and slash? If the UK economy along with the rest of the world is going to resume reasonable levels of growth, then the deficit will tumble anyway. If in addition the government was to introduce a fairer system of taxation, one that forced the rich and the well-off to make an equitable contribution to the general well being of the country, there might be even less need for cuts in public services. After all as the Chancellor admitted the one-off City bonus tax had raised £2bn rather than the expected £550m. If this became a yearly tax and tax rates were raised for those who have benefitted most from the past 20 years or so, then quite a substantial sum of money would be raised year in year out.

If despite the recovery and a fairer taxation system, public spending still has to be reduced then there are other forms of public spending that should be first on the list for cutting. For example our bloated and expensive military, including our so-called independent nuclear weapons. This kind of public spending is not only very expensive but brings very little, if any, benefit to the majority of UK citizens. Unlike the bulk of public services, such as education, health, social services and public sector pensions, which provide real help to millions of people.

Of course the people who dominate our political debate - most politicians in the three main UK parties, the journalists and reporters in the mainstream media - newspapers, magazines, radio and TV, the representatives of special interest groups - the CBI and the Institute of Directors etc., none of them want a real debate about the future of our economy and least of all a debate on fair taxes. It is curious that nearly all of the people who vigorously call for cuts in public services are very rich or at least earn substantial salaries. Perhaps there is a bit of self interest going on here. When our leading pundits and politicians keep repeating the mantra that the country cannot afford to pay for good public services or public pensions, what they really mean is that they do not want to pay more in tax.

I have a little proposal to make. Namely that in future before anyone advocates the need for more cuts in public services, they have to declare how much they earn, what other wealth they have, whether their children go to state schools or private schools, whether they have private health insurance and what pension provisions they have. There is something distasteful about the rich advocating cuts in public services that they themselves almost certainly do not use or need.