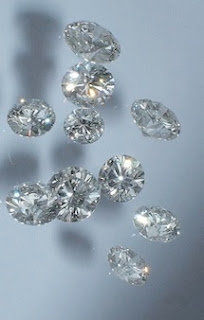 “April is the cruelest month”. This line from TS Elliot’s poem the Wasteland has always stuck in my memory. Not that I have anything against April. Au contraire, I’ve always had a soft spot for the month of April. For a start I came into the world in April. Even the word itself has always looked and sounded sweet to me. And it is forever associated with spring and romance - April in Paris and all that jazz. And yet, and yet, the cold and icy blasts of winter are never far away in April. Even April in Paris can be pretty dam cold, as Kathleen and I discovered on our one and only holiday there in April1995. No romantic sipping of wine sitting at a streetside cafe in the Left Bank. More like fur coats and fur knickers. I can also recall too many spring holidays wrapped up in long coat, hat and scarf fighting off the elements instead of enjoying a fine game of golf. April is cruel because it so often lets us down - we have such high expectations of a bit of warmth and sunshine and too often get cold and windy spring showers.

Still April can be a great month for celebrations. This year for example Easter falls in April. In the presbyterian christian tradition, Easter is the religious festival above all others. However presbyterians, especially in Scotland were not too keen on outward displays of any kind and certainly not of the emotional or exuberant type - far to Popish that kind of thing. To really enjoy and appreciate Easter you probably have to go to somewhere in southern Europe. Sevilla is of course one of the places for a colourful, loud, emotional and popular celebration. Not that we have managed to experience this yet. Easter in Sitges was pretty good though with the usual procession through the town.

In Scotland we did have the tradition of painting eggs for Easter. This was often done as a class activity in school, but was also done at home. I can’t remember what kind of paint we used, but I do remember enjoying it all greatly. The painted eggs would then be taken some hillside and rolled down to the bottom. For the life of me I had no idea why this particular tradition developed. It was and to some extent still is popular in Scotland, the North of England and some central European countries.

April is also the month in which we celebrate Tartan Day. April 6th 1320 was the day when Scots signed the Declaration of Arbroath, asserting their right to independence and freedom from occupation. In 1998, the US Congress designated this day as national "Tartan Day,” to celebrate the contributions to America by Scottish-Americans. It has grown steadily in stature and is now Tartan Week with a range of activities celebrating all things Scottish. In the USA the main event will be the annual Tartan Day Parade, which this year is on Saturday 10th. There will also be celebrations in various parts of Canada. The Rutherfords do not seem to have become a clan in their own right. In most accounts they are regarded as a sept of the Home clan. However, below is a picture of a Rutherford tartan based on the Home tartan and designed by Phil Smith for Keith Rutherford of Davison, Michigan, USA. May be worn by all of the name and its spelling variations. Woven by D C Dalgliesh of Selkirk. 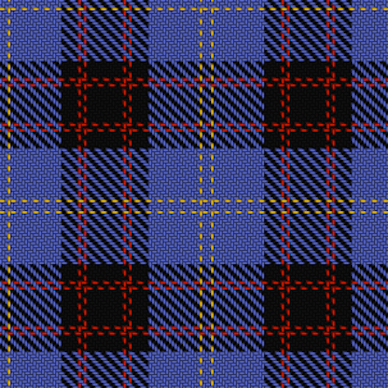 April 23rd sees the celebration of St George, the patron saint of England, Georgia and many other countries and places. Much like St Andrew’s Day in Scotland, St George’s Day has never been a great popular festival in England. In the UK we were all supposed to suppress our own national traditions and become good Britons. However the arrival of Parliaments in Scotland and Wales and the rise of Scottish and Welsh nationalists has given a fresh impetus to St George’s Day in England. Good too, the more traditional festivals and celebrations there are the better.

St George is also the patron saint of Catalunya, where he is known as Sant Jordi. There, La Diada de Sant Jordi is a lively and popular festival. It is also known as el dia de la rosa, as since medieval times it was a tradition on St George’s Day for men to give the woman in their life a rose, usually a red rose. Since the 1920’s, 23 April has a third name - el dia del llibre (The day of the Book). In return for a rose, women would give the man in her life a book - “a rose for love and a book forever”. This more recent tradition of exchanging books arose in order to honour Miguel Cervantes, who died on April 23, 1616. Roses can still be seen profusely decorating windows throughout Catalan towns. You can watch this fine video showing the customs associated with Sant Jordi here. As the narration is in castellano you can practice your Spanish at the same time.

This catalan tradition inspired UNESCO to declare in 1995, April 23 as the International Day of the Book as April 23, 1616 was also the date of the death of William Shakespeare. This has become quite an important event worldwide, though funnily enough it is not much promoted in England, nor any other part of the UK. The UK has its own World Book Day sometime in March. Apparently April 23 was ruled out due to clashes with Easter school holidays. Very odd, as Easter is only rarely as late as this, about once every ten years, and in Scotland at any rate Easter holidays are always over by the middle of April. Anyway I much prefer the catalan tradition of exchanging roses and books.

April is a particularly important month for our branch of the Rutherford family. So far I have only managed to discover one death in April, my paternal grandfather, David Rutherford who died in Montreal, Canada, on 2 April 1924. There was at least one marriage in April, that of my uncle and my Dad’s brother, James Rutherford who married Effie Birrell on 20 April 1935 in New York. My cousin Ian Rutherford was born on 5 April 1944. He was my uncle Sydney’s son and is two years older than me. Janet Mair was born in Monimail parish on 5 April 1789. She would go on to marry James Rutherford and become my great great great grandmother. My mother was born in St Andrews in her parent’s home, not far from the West Port, on 9 April in 1910. She almost manage to reach her century, but came close, dying in 1997. And last, but hopefully not least, I too have an April birthday, 18 April 1946. Below is yours truly as a little baby. 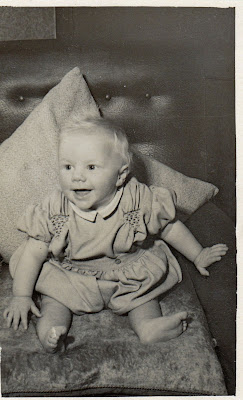 The birth flower for April is the common daisy, particularly the white variety. Though a common flower daisies are unique as all the interpretations of it are positive. The traditional meaning of a daisy is innocence and purity. In a romantic sense, daisies represent loyal love. Giving a daisy can be a sign of affection. A daisy can also mean a secret truth. The giving of a daisy in public came to represent a transfer of a secret from one person to another. It seems the leaves of the daisy are edible and can be used in salads. Not that I have ever tried this out yet. Here are some lovely daisies in a meadow. 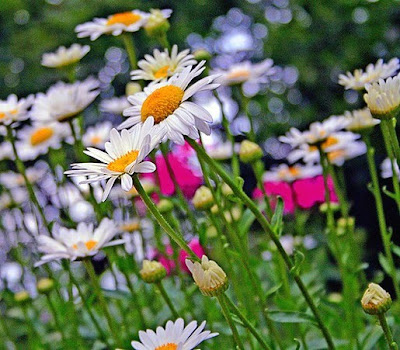 There is nothing common about the birthstone for April which for most traditions is the Diamond. Diamonds symbolize balance, clarity and abundance. They are also associated with enhancing relationships and increasing inner strength. Sounds pretty good to me. If for some reason you don’t fancy a diamond, alternatives for April births are sapphire or opal. Me, I think I’ll stick with diamonds - if only I had some!

Here’s hoping April this year is a bit warmer and sunnier than usual. Get out your tartan, or design your own and exchange a rose or a book with someone. And if you have any diamonds to spare - a warm welcome awaits them over here.