What chance for a Euro League? 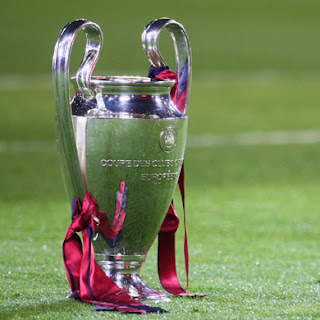 The most audacious proposal is for a European League to replace not just the Champions League, but the national leagues as well. The top clubs would no longer play in their own national league, whether that is the Spanish, English or Italian etc, but only play in a European League. While this appears at first sight an attractive proposition, at least for TV companies, a closer look exposes the weaknesses. The most important weakness is that only one team can win this new league. Everyone else fails, some more than others. What is even worse is that some will fail so badly that they will be relegated. Where to? A second European division or back to their national leagues? Whatever the case the prospect is frightening for all but the winner. Teams like Barcelona, Real Madrid, AC Milan, Manchester United, Bayern Munich etc would not tolerate a set-up in which all of them bar one will fail.

Given that a European League would need to be open to all European clubs there is also the prospect that in a few years time other clubs from the rest of Europe will gain promotion to this League. Clubs with a famous and successful past, such as Ajax from Amsterdam or Benfica from Lisbon, would expect to form part of this new European elite. Other clubs from central and Eastern Europe - from Russia, Ukraine, Turkey for example will also want to be part of this elite. And once they gain access to the increased revenues that would come from this participation there is no reason to doubt that some of them will succeed.

But if they succeed some of the current top clubs must lose out. Can we seriously imagine that the likes of Real Madrid, Manchester United etc would ever vote for a set-up which could lead to their eventual demise as an elite club? Why, some of them would even face the prospect of relegation. No chance.

Compare this with the current set-up. While only one team can win the Champions League, all the other clubs can still aspire to win their own national league. Which means many of the top clubs can still have a successful season without winning in Europe. There is more - finishing in the top three or four places in their national league gives these clubs access to the Champions League. And for many clubs qualifying for the Champions League can be seen as at least some degree of success. Furthermore, on the whole, the current group of top clubs in Europe do not normally, or ever, face the prospect of relegation. The worst that can happen to them is that they fail to qualify for the Champions League and have to make do with the Europa League. So it would seem to me that the current set-up suits these top clubs very nicely and none would want to change it.

Another option talked about is the creation of a mid-week European League to replace the Champions League, but not to replace the various national leagues. Whilst this option does not threaten the top clubs in the same way it does not really offer them much. There is the small matter of all these additional matches to fit into an already overcrowded season. But once again the main objection is that only one team can win the league. While this is the case with the Champions League, at least there is the prospect of reaching the semi-finals and the final itself. With any league some teams will be out of the running after about a third of the matches have been played. The remaining matches offer very little to either the players or the fans and both would be likely to concentrate on winning their national league. There is also the small matter of qualification for this European League. Is to be as at present through winning or finishing high in national leagues or would there be relegation from this new league? Whichever there is nothing in this version which offers more to the top clubs than the present set-up.

On the subject of European leagues, once again the old chestnut of Celtic and Rangers leaving the Scottish League to play in some richer league has been raised in the media. As usual this boils down to either joining the English League or joining a newly formed Atlantic League to be made up of the top teams in Scotland, Belgium and the Netherlands. In some versions Portuguese or Danish clubs are also included. Again both visions seem to me to be doomed. Joining the English League is a non-starter. A majority of English clubs would never vote for it. An Atlantic League or something similar is a realistic proposition and has much to recommend it. However it does suffer from the major handicaps that I outlined above for a European League. Namely that only one team can win the damned thing. So immediately two or three clubs lose out. Again as this new league develops it would, like all leagues everywhere, come to be dominated by two, three or at most four clubs. How many of the current top teams in Scotland, Belgium, the Netherlands etc, want to take the risk that their club fails to reach the top and becomes an also ran - a middle of the table team. Not something that the likes of Celtic, Rangers, Ajax, Feijenoord, Anderlecht etc would willingly accept. But the reality is that only a few of them would succeed. Furthermore in order to generate the additional revenues that would make such a venture worthwhile the larger the number of countries that participate the better. Which of course increases the number of clubs and also increases the number of cubs who would be seen to fail. Are the likes of Celtic and Rangers prepared to risk swapping the current set-up in which one or the other wins the Scottish League and qualifies for the Champions League for an Atlantic League in which one or even both clubs would remain forever middle of the table teams who almost never win anything. In other words how do they fancy becoming the Hibs of the Atlantic League.

It is easy to talk about changes to the current set-up, which is far from perfect. However those in favour of change should remember the old Chinese saying: be careful of what you wish for - it may come to pass.

Email ThisBlogThis!Share to TwitterShare to FacebookShare to Pinterest
Labels: football