Places I will (probably) never visit

This weekend we should have been in Rome. It was to be part of Kathleen’s 60th birthday celebrations. However due to the spread of volcanic ash from Iceland all flights have been cancelled. Missing out on Rome got me thinking about other places that I would like to visit, but will almost certainly not manage to do so, (though I do hope to get to Rome sometime).

When younger I imagined I would visit most of the world and just loved the idea of travel and seeing and experiencing different countries and lifestyles. Alas, life is never quite so simple. Advancing years limits the time available for all this travelling. Not to mention the distances that need to be covered and the increasing costs involved in getting half way round the world. Add in my fear of injections and I am forced to conclude that my youthful dreams of visiting exotic places are most likely to remain just dreams.

South America was always one of my favourite destinations. This probably dates back to the World Cup Finals in 1958 in Sweden which were won by the fabulous Pelé inspired Brazil. Something about the place just caught my imagination. Brazil seemed and still seems so different - hot, steamy, exotic, lively - just about everything Scotland is not. And Rio de Janeiro still looks like a fabulous place for a holiday, with beaches and mountains in addition to all the usual attractions of a great city. 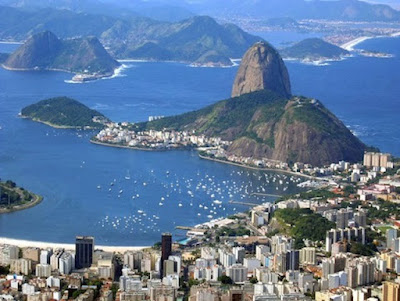 The rest of South America is pretty interesting too and I would really like to go to Buenos Aires in Argentina. In part this is out of my love and fascination for the tango. What better place to learn to tango? Buenos Aires also seems to be quite a beautiful and interesting city in its own right. One of the more European cities in South America, it would probably be relatively easy to feel at home there. This is one place that I still have hopes of actually visiting.

The one other South American destination I would love to visit is Ecuador. Just the thought of being on the Equator is in itself enticing enough. However Ecuador is also rich in Indian culture and the scenery must be just out of this world. And there is the prospect of a breathtaking railway journey from tropical Guayaquil on the Pacific coast all the way up to Quito, 2 800m up in the Andes and the second highest capital city in the world.

The part of the world I would most like to visit would have to be India. No doubt this has much to do with Britain’s imperial past. My paternal grandfather was a regular soldier in the British Army and my father was born in Kanpur in northern India while the family was stationed there. The secondary school I attended in St. Andrews was Madras College, and was named after the city of Madras in southern India. This was where the school’s benefactor had made his money. So I have always felt I had a personal connection with India. And of course India is such a wonderfully rich country - rich in not just wealth, but in culture and landscapes. Classical art forms - music and dance, colourful festivals and a mouth watering range of unique cuisines are the main attractions for me.

There is so much to see in India, that even if I were able to get there I could only ever hope to visit but a part of the country. It would be lovely to visit where my father was born. I’m not sure that Kanpur is that great a place on its own, but the Ganges valley is the heart and soul of Hindu culture and Hindi speaking India. A visit to Kanpur would be but one stop in a tour of northern India. Highlights would include the capital Delhi, Varanasi, Kolkata and a railway journey up to Darjeeling in the foothills of the Himalaya. The latter two places are in West Bengal so I would get to experience another one of India’s great cultures - Bengali.

The other part of India I would love to visit is the south. Very different from the rest of the country the peoples of southern India are of Dravidian stock and usually much darker in skin colour than other Indians. A tour of Kerala and Tamil Nadu would be just fine. Kerala is on the west coast of India and is very beautiful with serene beaches, tranquil stretches of backwaters, lush hill stations and the home of magical places from my childhood such as Calicut and Cochin. Tamil Nadu is the land of the Tamil people. Tamil is another one of India’s great classical languages and cultures. Tamil Nadu is home to one of the largest centres of the film industry in India and its capital is Chennai, the former Madras of my school. Tamil Nadu is also very rich in Hindu temples as it is the cradle of south Indian temple architecture, and this would be the main attraction in a holiday there. 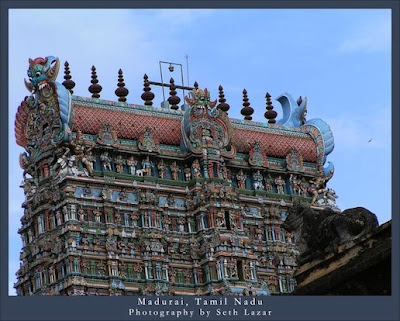 The rest of Asia is also of course full of culturally rich and fascinating countries which would be great to visit. Thailand, Vietnam and Japan in particular appeal to me. Not to mention China which is just so big that it is almost a continent on its own. And of course way down south there is Australia and New Zealand. For a long time we planned to visit Australia. In particular Sydney which seems a wonderful city, as we had friends who lived there. Alas they moved away before we could go. Carpe diem! Unfortunately all these places are very far away from deal old Scotland, and very expensive to visit. However if we were ever to go anywhere that far away I am sure Kathleen would choose Australia for the climate and language. Though I would definitely choose India.

The other part of the world I would really like to visit is Africa - and sub-saharan Africa at that. Never used to be much interested in that part of the world, but I have become in recent years more and more fascinated by the rich cultures of Africa. Most people who visit Africa tend to go to South Africa and it is easy to see why - spectacular scenery and wildlife, pleasant climate and European lifestyle. A trip to South Africa would be a great experience, but if I ever get the opportunity I would prefer to go to other parts of the continent. East Africa, especially along the great rift valley and the huge lakes - Victoria, Tanganyika and Nyasa - would be spectacular, but most of all I would like to visit West Africa. The most populous part of the continent it is home to some wonderfully rich and gifted cultures. Nigeria alone has three of the most famous groups - Hausa, Yoruba and Igbo. Very different from the rest of Africa, without the spectacular scenery the attraction of West Africa would be the vibrant lives of the peoples there and their creations in art, music, dance, storytelling and cuisine. Alas this is one of the parts of the world that is most difficult to visit. The hot and humid climate means that you need an array of injections before setting out. And I feel I am too old to be starting on courses of injections. So I very much feat that West Africa is one place I will almost certainly not visit.

There are a couple of places, outwith Europe, which I do intend to visit in the next year or two. The first is Palestine, assuming the Israelis haven’t started another war there. I am now a member of the Dundee-Nablus town twinning Association and most years they send out a delegation. I hope to join them next year. We would obviously visit Nablus, but with luck we will get to see other parts of Palestine. You usually fly into Tel-Aviv, so we will see a bit of Israel, including Jerusalem. This would be a really exciting trip as I would get to see for myself what is happening on the ground as it were and may even be able to help out a bit with some planting of olive trees. It would also be a richly enjoyable experience to see some of the most holy sites for three of the world’s great religions.

The other part of the world I definitely intend to visit is North America. Both Kathleen and I are very keen to visit the big apple itself. We keep postponing our trip to New York, for one reason or another, but time does not last for ever. Must do this sooner rather than later. I quite like the idea of combining New York with a trip to Newport, Rhode Island and on to Cape Cod. Perhaps ending with a few days in Boston. Another place I would like to visit is Montreal. I have always been fascinated by this little enclave of French culture deep within North America. And of course my grandfather, the one who was in India, is buried in Montreal, where he died sometime in the 1920s. Not sure if that could be combined with a trip to New York or not. 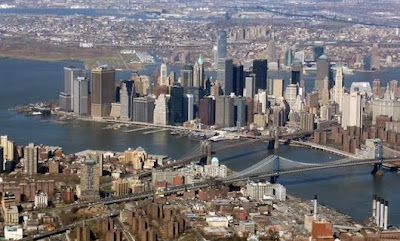 The trouble with all this is that once you start on the places you really want to visit the list gets longer and longer. Just in North America alone, I would love to visit the Carolinas, Virginia, New England, Chicago, Montreal, the Rockies and Vancouver. Anyway we will start with New York and think about the rest another year.

Whatever holidays you have planned for the rest of this year, let’s hope there are no more unforeseen delays and that you enjoy them all.

Email ThisBlogThis!Share to TwitterShare to FacebookShare to Pinterest
Labels: holidays