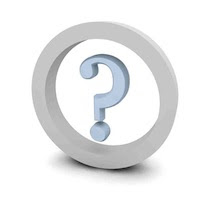 The longer this election campaign goes on, the less enlightening it becomes. Most of the main issues facing the country are pretty much totally absent from the media coverage including the so-called leaders’ debate. And when key issues are covered we find that all three main UK parties are more or less the same - despite all the froth and feigned excitement on the part of broadcasters.

Perhaps the single most important issue in the election is the economy. And this is where for all the apparent differences, there is paradoxically most agreement. All of the main UK parties are preaching the need for severe cuts in public services - more savage even than the infamous Thatcher cuts from folk memory, according to New Labour. Yet the only differences among the parties is one of degree and timing. The same applies to other aspects of the economy. There has been no real investigation into how we got into this mess and in particular the role of our banks and the rest of the financial sector in creating the economic crisis. Though the LibDems are in favour of breaking up the banks, there are no details and they do not seem to question the continuing dominance of our economy by the City of London. It is a similar story with taxation. Minor differences are blown up by the media as signs of real change. However none of the parties is proposing to overhaul our taxation system and bring in a genuinely fair system. In sum all the three parties are working within the same neo-liberal consensus on the economy. The same consensus which has dominated our discourse for decades and the very consensus which created the conditions for the present economic crisis.

It is the same with the other important issues in the election. Virtually all the coverage is on the minor differences within an overall consensus. For example on trident and our seeming love affair with military adventures. All the main parties support the war in Afghanistan and wish to maintain or strengthen our conventional forces. Even on our so-called independent nuclear weapons the differences are more apparent than real. The LibDems would merely postpone any decision. But they still intend to keep a nuclear capacity. Once again there is no real alternative offered by the main parties.

This essential consensus extends to other important issues such as the constitutional future of the UK and the future of the EU. Though much is made about the slight nuances of approach, fundamentally they all sing from the same hymn sheet. All are in favour of the UK staying in the EU - even the Conservatives for all their anti EU talk, are firmly committed to the EU. It is the same with the future of the UK. The one issue where there is a real divide is on our election system. Here the LibDems are still committed to changing to proportional representation. However on other matters there is almost total unity. None more so than on the continued existence of the UK itself. All three parties are staunchly unionist and none is talking of alternative visions for the country. Never mind Scotland, what about England? Very little is said about how to incorporate England into the world of devolution. Even the LibDems seem to have given up on their long held advocacy of a Federal UK.

This broad consensus on the key issues perhaps explains the sudden inclusion of the LibDems in the Leaders’ debates. It is almost as if the media has decided arbitrarily to extend the cosy arrangements to now include the LidDems. After all they present no threat to the status quo.

Yet it is not as if there are no alternatives. There are other political parties which advocate different ways not just of running the economy, but of what kind of country we could become. It is just that our mainstream broadcasters conspicuously fail to cover these alternatives.

The Greens for example offer us a very different kind of economy altogether. They also, along with the Nationalist parties oppose any replacement for Trident. UKIP offer us the choice of leaving the EU as opposed to minor adjustments. And of course Plaid Cymru and the SNP offer us a future where there is no UK. However very little of these alternatives are offered to the electorate on a regular, consistent basis.

From the media perspective it seems as if the UK has become a bit like Iran, in which only the chosen few are allowed full media coverage. Though instead of some college of clerics, here it is the all powerful media who get to decide which parties get access to regular coverage and which do not. And this is supposed to be a democracy?

It is clear from recent opinion polls that increased media coverage does affect voting intentions. There has been a big boost for the LidDems as a result of their inclusion in the TV debates. If this boost translates into a significant increased share of the actual votes on election day then this arbitrary decision of the broadcasters will have materially affected the outcome of the general election. The basic unfairness of all this is allready becoming more and more apparent. Even former Labour spin-doctor Lorraine Davidson has admitted that the current system significantly compromises the ‘free and fair’ status of the general election.

What is most disturbing about this general election is the extent to which the leading players in the media and in the three main political parties are all part of the same cosy exclusive little club. In this respect the UK is becoming more and more like the USA. There a tight little group based in Washington seem to be in control of both the mainstream media and the two main parties. As usual the great Glen Greenwald captures the essence of this, describing Washington as an insular, incestuous, fundamentally corrupt royal court, populated - as all sickly imperial capitals are - by political and media courtesans and other hangers-on. The situation in London, as evidenced by the current general election, does not seem to be much different.