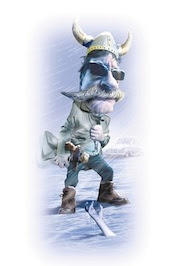 This post is a sort of general overview of my reading since the turn of the year. I have managed to cram in quite a few books and nearly all of them have been thoroughly enjoyable. Some I listened to rather than read, as I am becoming a big fan of audiobooks. I can get on with my stitching and still enjoy a good read. I haven't written about each book, only some.

I now find that more of my reading consists of crime or detective novels. However I still manage to fit in a good selection of what might be termed non crime novels. These latter were:

No longer at Ease - Chinua Achebe

The Plot Against America - Philip Roth

The two Ian Banks novels are quite similar in some ways, as both are about an imaginary organisation - The Business or The Concern - that secretly controls lots of the world’s business activities. The Business is quite a gentle book and nothing really bad happens and ends on a positive and happy note. On the other hand Transitions, which is his latest book and the one I am currently listening to, is altogether a darker and more violent tale. It is also unusual in that it has certain science fiction traits. An interesting and exciting tale. Still awaiting the end.

The Plot Against America is a most intriguing novel. It is based on a “what if” premise. In this case Lindberg wins the US Presidential election in 1940 and ushers in pro-nazi policies. The novel which is written from the perspective of the youngest child in a Newark Jewish family, recounts how drastically their lives change. A very impressive and quite chilling tale. Scottisboro is at the opposite end of the literary spectrum as it is a fictional account of the real life events surrounding the Scottsboro case from the 1930s, when seven young black boys were accused of raping two white women. Well written it is nevertheless a very sad tale.

The Painted Kiss is another fictional account of a true life relationship, that between the Austrian artist Gustav Klimt and Emilie Flöge. However this is more fiction than fact as not too much is really known about their relationship. A good novel nevertheless which gives an insight into artistic life in early twentieth century Vienna.

As I mentioned above I now find that I am reading more and more crime novels. An interesting perspective on the popularity of crime novels comes from Maxine Clarke, who wrote the following explanation of why she reads crime fiction, on her own blog. “Now I read mainly crime fiction – which is ghettoised by many opinion-formers as “crime fiction” but I always experience, and see, it as “traditional story telling” which has its roots in Greek drama, other classical drama to and including Shakespeare and beyond, and the great Victorian and other period novels. The books I loved as a child and young woman were by Dickens, George Elliot, Arnold Bennett, the Brontes, Wilkie Collins, Emile Zola and so on, and before that Conan Doyle, Lancelyn Green, Stevenson, Rosemary Sutcliffe, C. S. Lewis et al. - to me, crime fiction is a natural extension of those.

Crime fiction is plot-driven, true, but the better examples of it have much additional depth in terms of character, craft, setting, conviction (political or ethical beliefs, for example) and insight. Crime fiction, like children's fiction (think J. K. Rowling), is not afraid to tackle the big issues. Literary fiction, in attempting the same, is too often self-regarding, tentative (one can almost feel the author's awareness of the "literary" review, along the lines of "the goalkeeper's fear of the penalty" to quote Wim Wenders), and hence over-personalised or over-intricate. I would even go so far as to suggest that the better literary fiction has its roots in crime fiction, thinking of Ian McEwan's evolution as a novelist, for example.”

If you like crime fiction, Maxine’s blog is an invaluable resource, and you can access it here.

If the Dead Rise Not - Philip Kerr

Heart of the Hunter - Deon Meyer

The Draining of the Lake - Arnaldur Indridason

Silence of the Grave - Arnaldur Indridason

Andrea Camilleri, whose work is set in Sicily and Donna Leon, whose tales are set in Venice, are old favourites of mine. The other authors are all new to me. Ann Cleeves is English and lives is Yorkshire. However, she has succeeded in writing a quartet of books set in the Shetland Isles. Which is even more remarkable as she has never lived there. However she has spent some time on Fair Isle, and has visited Shetland. This is all by way of saying what a wonderful job she has done in creating what seems to me to be a vivid and realistic account of life in Shetland. She has also created some very enthralling and attractive characters. I have now read the first two in the series and hope to complete the set fairly soon.

Philip Kerr and Alex Gray are both Scottish writers, though their work is very different. Special mention to Philip Kerr who last year won the Barcelona prize, the richest prize for crime fiction. If the Dead Not Rise is one of a series set in Berlin in the 1930s, and a very good tale too. Will definitely read more of this series.

The other novels are all by non UK writers. Peter Temple is an Australian and Truth is set in Melbourne and is a terrific read. You do have to make a few adjustments to the inclusion of some local Australian patois and the book is centred on political infighting within Victoria State - so you need to be on your toes while reading this. Deon Meyer is a South African and The Heart of the Hunter is set in post apartheid society. Though suspicion and corruption are still alive and kicking. The story is fast paced and takes you all over the country.

The other books are all by Scandinavian authors. Part of the post Wallander and post Stieg Larsson discovery of hidden treasures from that part of the world. Camilla Läckberg is Swedish and The Ice Princess is the first in the Erica Falck series set in the real-life small Swedish coastal town of Fjallback. Arnarldur Indridason is an Icelandic writer. Never imagined I’ld be reading and enjoying Icelandic novels. Both are good. The Draining of the Lake in particular as it features Icelandic students who studied in East Germany during the early 1950s. This alone was a revelation to me. Jo Nesbø is from Norway and The Redbreast is the third in the Harry Hole series. Mainly set in Oslo The Redbreast is about neo-Nazi activities in present day Norway, but also goes back in time to the second world war and the story of Norwegians who fought on the Russian front for the Germans. The twin stories come together in the exciting finale.

My next crime book will also be from Scandinavia. I await with great pleasure The Man from Beijing, by Henning Mankell, he of Wallander fame. This is not though a Wallander novel. It has had good reviews so I am quite looking forward to reading it. If you haven’t read any Scandinavian crime fiction, I would thoroughly recommend giving it a try. If you want further convincing try this article on The Strange Case of the Nordic Detectives by Laura Miller.

Email ThisBlogThis!Share to TwitterShare to FacebookShare to Pinterest
Labels: books