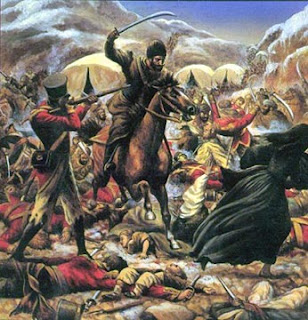 Afghanistan is once again high up in the news.  This time it was the incredible revelation that a US soldier had gone on the rampage and murdered 16 Afghan civilians, including women and children.  It seems that news from Afghanistan is one relentless tale of deaths.  If it is not NATO forces, usually unmanned drones, killing lots of people, most of whom are almost certainly civilians, then it is Afghans killing NATO forces.  Just last week it was announced that the death toll for UK soldiers had passed the 400 mark.  Not to mention the countless soldiers who have been maimed for life.  Not to mention the deaths and wounded of other NATO forces.  And of course topping all this by a margin, the thousands of Afghanis killed and maimed.
All for what? It is hard to avoid the conclusion that Afghanistan, along with Iraq, ranks as one of the most misguided and reprehensible wars of choice of recent times.  There was never any justification for the war against Afghanistan.  It was also, as events have proved, and many experts foretold, a decidedly stupid decision.  Various powers in the past have tried to intervene in Afghanistan, including the British Empire, then the world’s greatest superpower.  And all have failed, failed miserably.  The latest, before the current disaster, was the Soviet Union.  And despite the inestimable advantage of sharing a border with Afghanistan, the Soviets too failed.  So what on earth persuaded the USA to think it could succeed where everyone else had failed?  Hubris?  A tame press, unwilling to question official assumptions no doubt contributed.  That the UK would slavishly join in was only to be expected from our poodle like leaders.
And let there be no doubt, this US led mission has demonstrably failed.  This is the US’s longest running military, now in its 12th year.  With no sign of success whatsoever.  Which is hardly surprising given that there was no rational purpose to the war in the first place.  We want to get Bin Laden and these Taliban guys are in the way, so hey, let’s just take them out.  Easy, peasy, but what then?  No idea, seems the most plausible answer.  Countless deaths later the Taliban are still there, waiting in the wings for the soon to come NATO withdrawal.  Then what?  Back to square one, with a Taliban led government in Kabul?
The latest cover for this US led failure is the creation of the Afghan National Army (ANA) which is supposed to take over from NATO sometime soon.  Quite why it has taken almost 11 years to create and train the ANA has never been made clear.  It is certainly a very costly enterprise, at least for the US taxpayer, who is forking out some $12 billion annually just to train the ANA.  But do not place must faith in this somewhat mythical force.  A fine article by Ann Jones and published by TomDispatch.com uncovers in some detail the truth behind the current ANA and its predecessors.  And the key lesson is this: “Start with the simplest of all facts: in the country’s modern history, no Afghan national army has ever saved a government, or even tried.  More often, such an army has either sat on its hands during a coup d’état or actually helped to overthrow the incumbent ruler.”  What the ANA does seem to be good at is killing NATO soldiers.  Jones points out that since the military started recording them in May 2007, 76 NATO soldiers have been killed and an undisclosed number wounded in 46 recorded “deliberate attacks.”  So it is unlikely that the ANA will provide any kind of support to the current Afghan government.  I am also greatly surprised at the need to train and arm any Afghan army.  After all the Afghanis have proved their valour and steadfastness time and time again.  After all they keep winning and we keep losing.  And as Ann Jones reminds us all, this is achieved without our high tech support.  As she puts it:  “As for those Afghan guys who whipped the British three times and the Soviet’s Red Army, they were mostly freelancers, attached to the improvised militias of assorted warlords, fighting voluntarily against invaders who had occupied their country.  The Taliban, like the mujahidin of the anti-Soviet struggle before them, seem to fight quite successfully without any significant training, armor, or heavy equipment to speak of...”
We are losing and losing badly.  Time to get out and fast.
Posted by Unknown at 14:04