May is for me a transition month as spring gives way to summer. It can still be cold though, as is borne out by the old Scottish saying - never cast a cloot oot till May is oot - which basically advises us to keep on wearing our winter clothes. Though some people suggest that the May in the saying refers to the mayflower and not the month. Anyway it is still a bit cold up here in the east of Scotland, though it is sunnier and the nights are getting longer.

The first of May has traditionally been a day of celebration and festivities. In Germany and much of central and northern Europe this was celebrated as Walpurgis Night, which was a Spring festival. May Day used to be a popular festival in many parts of Europe with all kinds of traditional customs. It was never much of an event during my childhood, though on TV you might see some shots of Maypole dances and Morris dances from England. 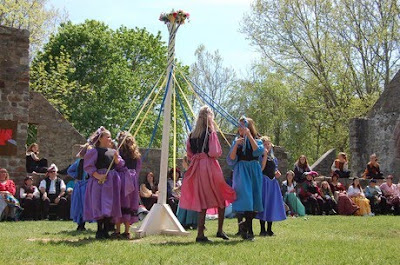 Nowadays of course 1st of May is International Workers Day or Labour Day and is a public holiday throughout the UK and most of the world. In some countries this is marked by massive marches and demonstrations though there is less of this in the UK.

The first of May was also the day the Treaty of Union between England and Scotland, creating the UK, came into effect in 1707. This is not celebrated anywhere, and I was unaware of this fact until I did some research for this post.

May does not seem to be a month for great festival. Perhaps the most famous one is the Cannes International Film Festival, which this year will be held between 12 - 23 May. This festival always gets prime time coverage on TV and the newspapers over here. Any excuse for showing a bit of glamour. I have never been to Cannes, but it does look a beautiful place. Probably a bit busy and very expensive to visit during the festival though.

Buddhists will celebrate Buddha Day in May. This celebrates the Buddha’s birthday and in most Buddhist countries this falls on 21st May this year.

May is not such a happy month for Palestinians as 15h May is Al-Nakba Day. This commemorates the expulsion of hundreds of thousands of Palestinians from their homes by the Israelis.

People born in May have a choice of gemstone. Emerald is the most common stone as it is both the modern and traditional gemstone. Hindus and Arabs also have the emerald as their May gemstone. Emeralds have been worn to improve memory, intelligence and enhance clairvoyance. They have also been worn to enhance love and contentment. If you don’t fancy an emerald, you can go for an agate which is the May stone in the Ayurvedic tradition, or a sapphire which is the Tibetan May stone. 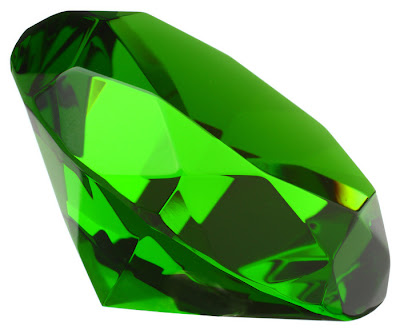 Lily of the Valley is the flower for May. This lovely flower symbolises happiness, purity of heart, humility and sweetness. It is also known as "Our Lady's tears" from the Christian legend that it came from Eve's tears when she was driven out of the Garden of Eden with Adam.

Email ThisBlogThis!Share to TwitterShare to FacebookShare to Pinterest
Labels: May