Tulips are one of my favourite flowers. Ever since we moved to our present house in Dundee, we have tried to put on a display of tulips. Here is the front garden, followed by some of our red and yellow tulips. 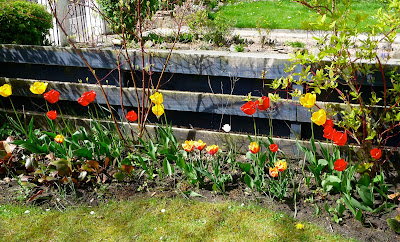 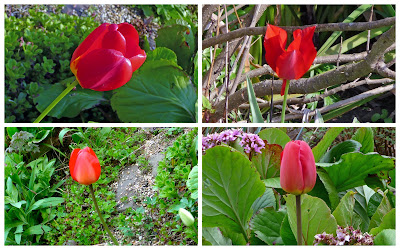 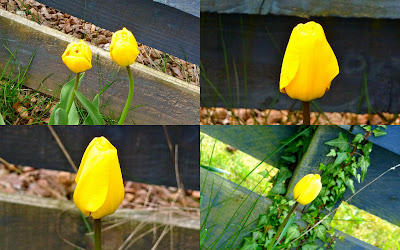 Though now very much associated with Europe and the Netherlands in particular, tulips are indigenous to mountainous areas. It seems that tulips first came to prominence as popular flowers many hundreds of years ago in Iran and the Ottoman Empire. I have always loved tulips and prefer them to the daffodil, the other popular spring bulb. The tulip offers greater variety in shapes and colours. If you are interested in learning about the fascinating history of this wonderful flower, then Anna Pavord has written a very good book on the tulip.

In addition to lots of reds and yellows, we have over the years grown quite a variety of colours, Here are some of my favourites. 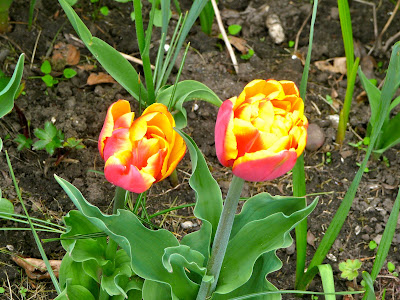 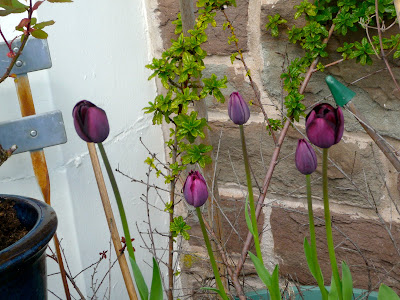 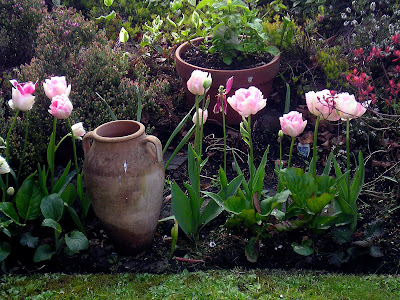 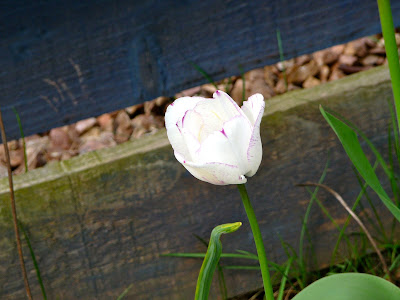 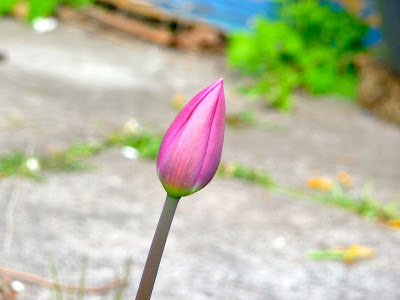 One of the most spectacular varieties of tulips is the Parrot. This variety arose as mutations of normally flowering tulips. The name apparently comes from the appearance of the flower in bud which is thought to resemble a parrot’s beak. Parrot tulips have petals that are feathered, curled, twisted or waved. The flowers are ususallly very large and brightly coloured. It was almost certainly parrot tulips or their precursors that were at the root of the tulip mania that beset the Netherlands in the 1630s. The speculative frenzy that developed ended of course in a spectacular financial crash, not too dissimilar from recent financial shenanigans. Deborah Moggach has written an enthralling novel - Tulip Fever - about these events, which is well worth reading. I end this post with a photo of some parrot tulips. Unfortunately they are not from our garden, but from a garden we visited last year in Tayport. 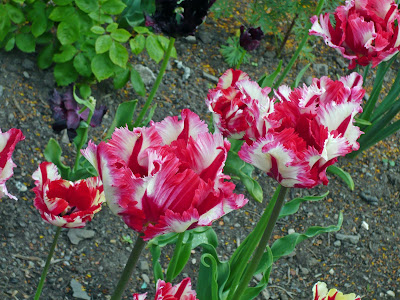